How to protect yourself from ticks

How to protect yourself from ticks

In summer many people go out to eat tasty barbeque or pick wild strawberries… But how do you protect yourself from a tick that lurks in the forest and forest edge, and how dangerous a tick bite can be??

May and June are the months of greatest activity of this dangerous insect, so some people refuse to go outdoors at this time. But is the tick so scary??

In summer, many people like to relax in the woods with their families

What are the dangers of ticks?

Of the large population of ticks, only a few cause us harm. The most dangerous ticks are those that parasitize on people by biting into their skin. And while not every bite is dangerous, it’s important to remember:

Some ticks are carriers of encephalitis and borreliosis (Lyme disease);

Insect bite can cause a festering wound in the thickness of the skin. 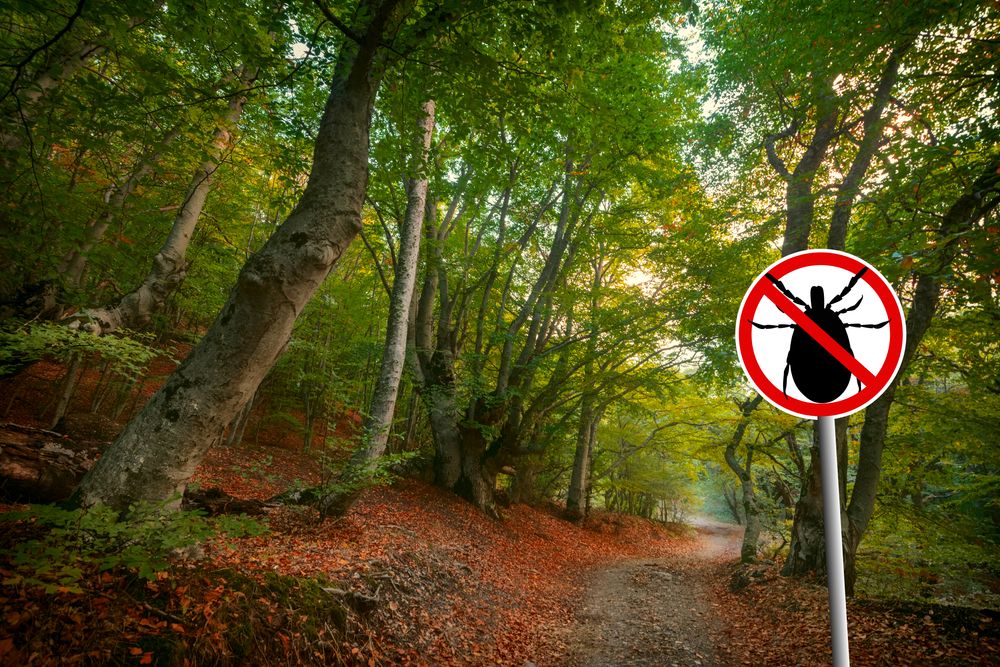 Not all ticks are equally dangerous

Encephalitis, a disease that can lead to paralysis and other neurological and mental disorders. The most dangerous are ixodes ticks, which carry the virus from animal to human. Western Siberia, the Urals and the Far East are the most traditional regions where infected insects spread, but sometimes they can also be found in the European part of Russia.

The incubation period of encephalitis after a bite of the parasite lasts from 1 to 2 weeks. Then the person begins to feel fever and general malaise, he may have a headache and vomiting. 2/3 of those infected recover safely after experiencing similar symptoms, and only 1/3 endure the complicated form of the disease.

Thus, it is possible to meet an infected tick and suffer a severe course of encephalitis, but this requires a special “luck”.

You will avoid possible abscesses by thorough inspection of the body. Particular attention should be paid to skin folds. It is better to remove the insect mechanically – using tweezers or a special pincer. But this operation requires a certain skill, so it is better to consult a doctor (especially if the tick is in the thickness of the skin and invisible on its surface).

Ways to remove a tick.

The tick is rarely larger than 2 mm and its head is tiny. You do not need to burn the insect – just crush it on a hard surface.

If the tick is deep, it is best to see a doctor, but if it is still visible, you can try to remove it yourself. “First aid” is reduced to the removal of the insect with tweezers. The tick needs to be “twisted out” counterclockwise, But avoid cutting off the head, which may remain deep in the tissues. A loop is also made from an ordinary thread, which should be carefully pulled. 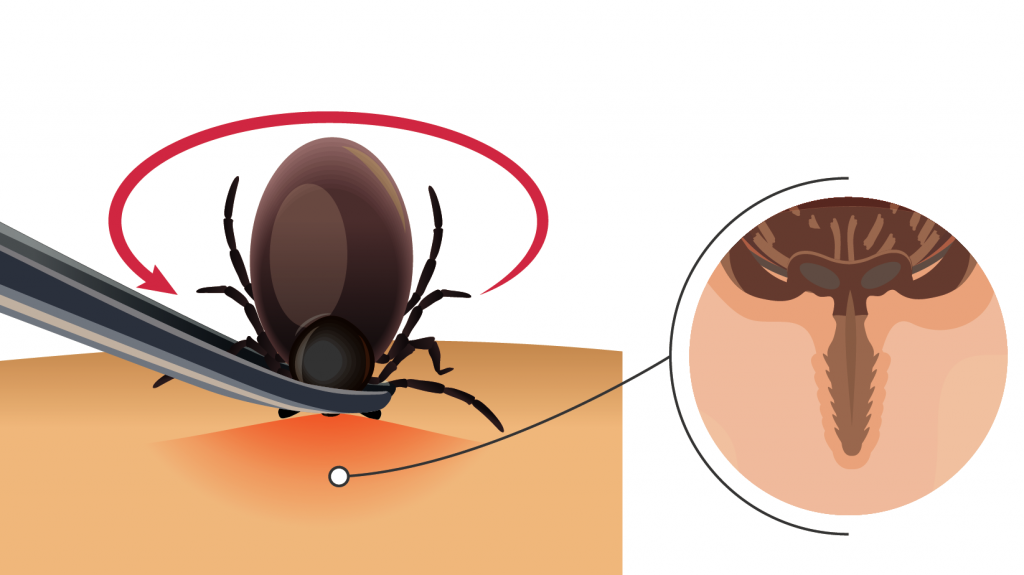 Turn the tick out in an anti-clockwise direction

Important: Do not treat the bite site with grease. A tick will not suffocate – this is just a common misconception.

If the head of the parasite does come off, arm yourself with a needle, treat it and the bite site with antiseptic, then remove the head.

It is possible to prevent infection if you adhere to reasonable precautions:

After a walk in the woods, it is advisable to do a body examination to detect ticks

The parasite will not “attach” itself to the palm or the knee, but the skin folds are the most vulnerable places. A tick is insidious because it can secrete a secret that does not allow a person to feel the bite.

It is not unreasonable to examine the area behind the ears. But if it is difficult to protect the ears, it is better to take care of the protection of the groin and armpits in advance. Pants, a shirt with sleeves, and tight-fitting underwear will suffice. Short skirts and shorts can easily be said “no.

After a walk in the woods or park, take a shower and do a self-examination. Clothes that have been shaken out well can be washed. 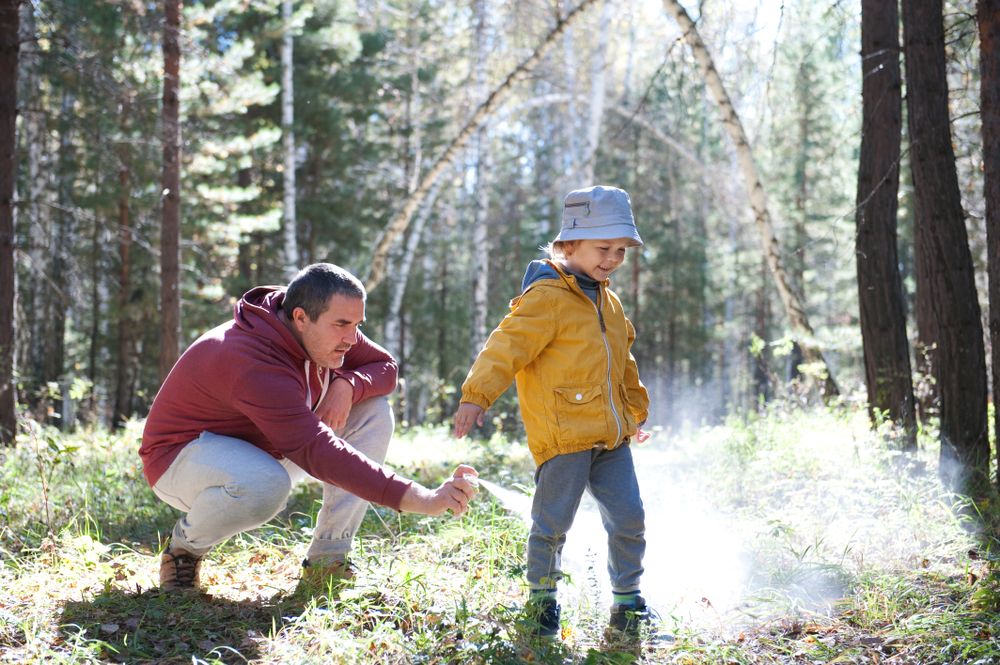 Get vaccinated against tick-borne encephalitis if you go to an area with infected ticks.

Following these simple tips will help prevent the development of dangerous diseases and make your vacation in nature safe.