Everyone, who has chosen Crimea for his vacation, should definitely visit the port city of the Black Sea coast with a rich, centuries-old history – Sevastopol.
The unique monuments of the military past, which have only recently become available to view, historical and natural sights will not leave even the most avid travelers indifferent.

We present you some of the most popular and interesting excursions with approximate routes and prices in 2021:

Approximate route:
– A stroll along the Seaside Boulevard;
– A stop at the Grafskaya Wharf;
– Ascent to the observation deck;
– Take a walk along the city streets.
The cost of the walk is approximately 2,500 rubles per group.

The proud name of Sevastopol.

Tour dedicated to the wars: the Crimean War and the Great Patriotic War, as well as the technique and history of the city's defense. 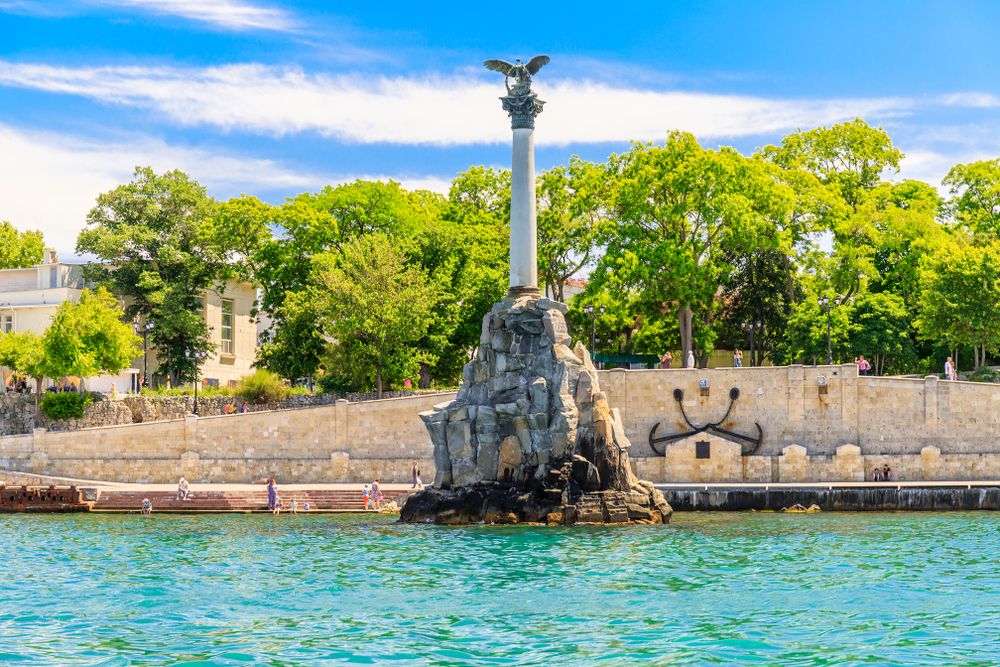 The tour usually goes by:
– historical boulevard with military equipment;
– Nakhimov Avenue;
– The quay named after Kornilov;
– Monument sunken ships;
– Panorama of the bay, dedicated to the Crimean War.
The cost of the tour is approximately 2600 rubles per group. For an extra fee you can go on a boat trip (about 150-300 rubles.)

Trip on the traces of the heroic events and military actions. And, of course, the tale of the exploits of the brave soldiers of the 35th battery, who defended their homeland to the last drop of blood. 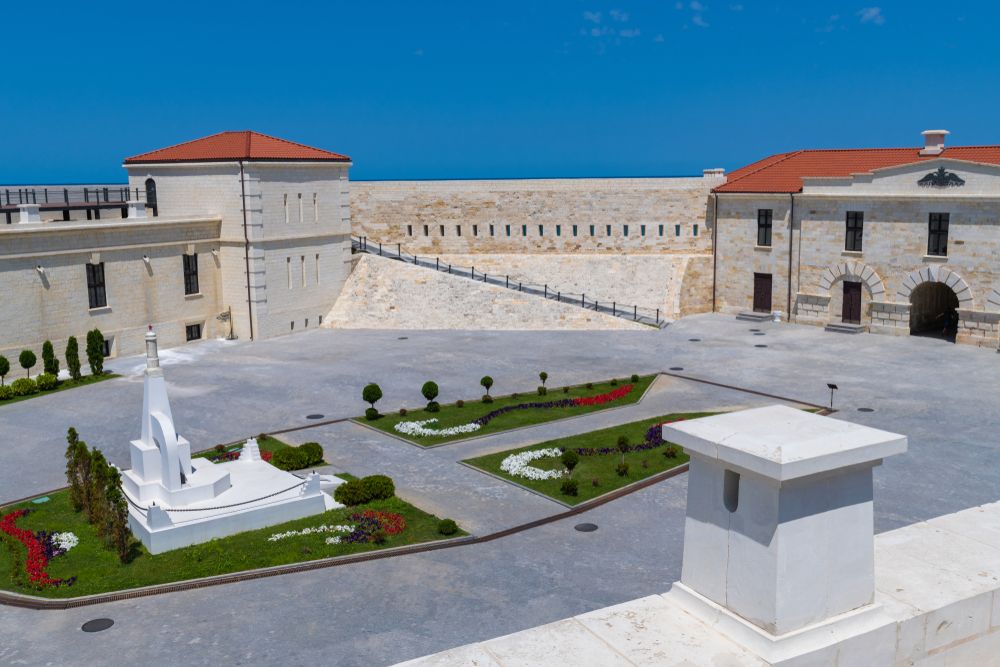 The Konstantinovskaya Battery, one of the fortifications on the Sevastopol coast

Route:
– Nakhimov Square;
– Sightseeing platform on the Blue Bay;
– Mikhailovskaya and Konstantinovskaya batteries;
– Descend into the underground to see the forts.
The cost of the trip will be approximately 1000 rubles.

Tour of Balaclava and Fiolent.

Unique landscapes, as well as interesting myths and legends of the corners of the two romantic cities of Crimea wait for tourists on this tour. 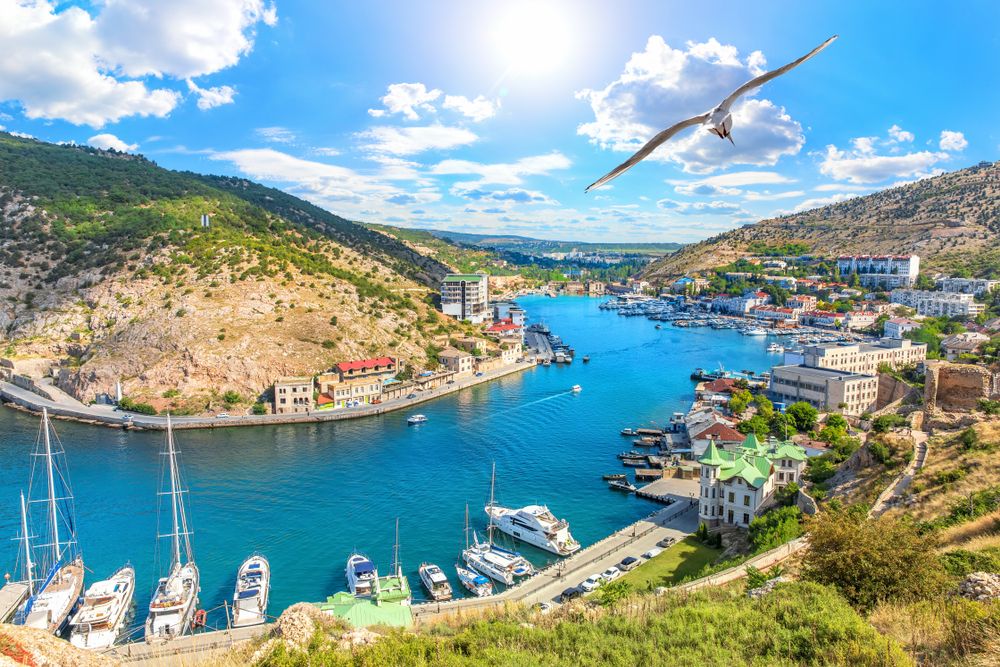 Bakhchisaray – the heart of the Crimea.

Enjoy the color of the capital of the Crimean Khanate, filled with the historical spirit and amazing monuments. 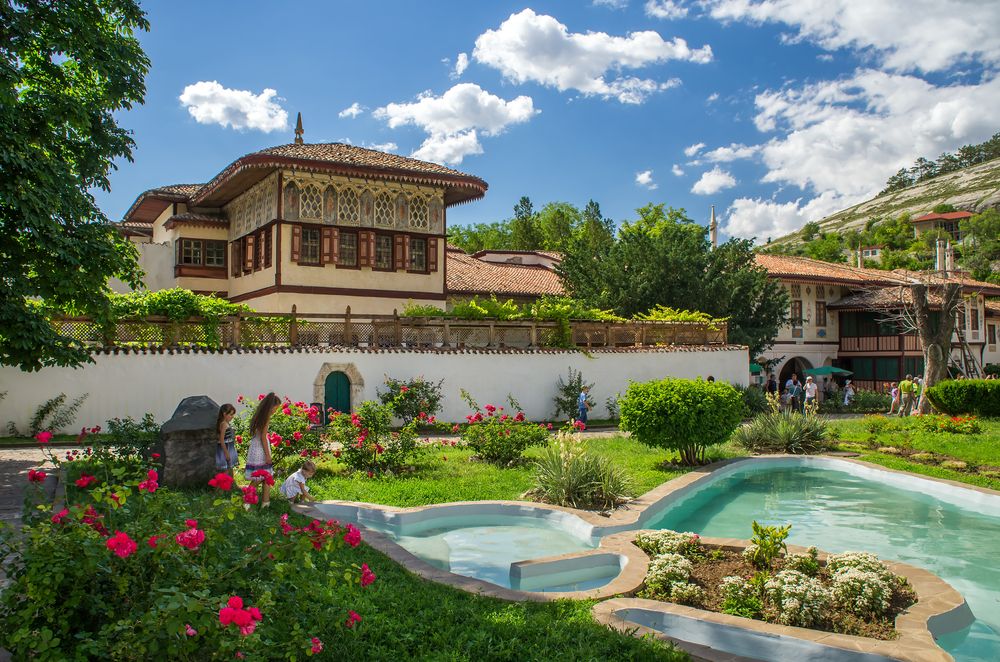 Approximate route:
– The cave city of Chufut Qale;
– Assumption cave monastery;
– eastern cafe;
– Demonstration of a model of Bakhchisaray;
– Khan Palace.
The cost of travel will cost about 1,300 rubles.

City Temple of Sevastopol and its secrets.

Guided walking tour in the center of Sevastopol – a great opportunity to see the cultural monuments of the city, learn their history, look into secret nooks and crannies and enjoy the fresh Crimean air during the walk. 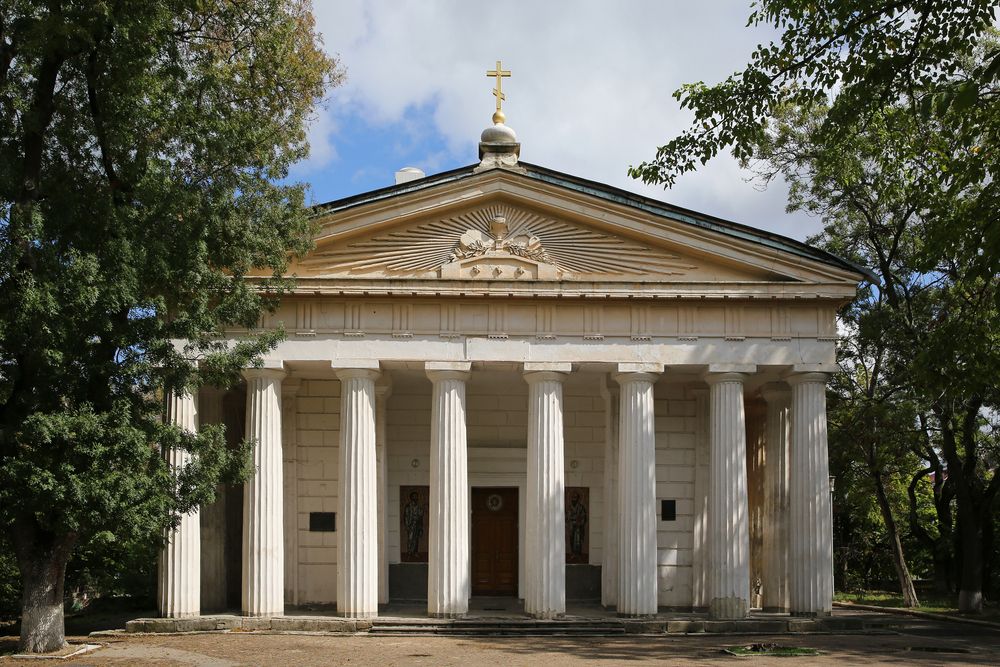 Route:
– Two cathedrals – Peter and Paul and St. Vladimir;
– tower of the winds;
– Houses of Admirals Kornilov and Nakhimov;
– Konstantinovsky school;
– Sinopsky descent;
– Headquarters of the Russian Black Sea Fleet.
Price for services of a guide is approximately 2000 rubles.

Journey through the mountains.

Lovers of mountains and hiking must pay attention to this excursion. Accompanied by a guide, tourists will enjoy the unique scenery and landscapes of the mountains. 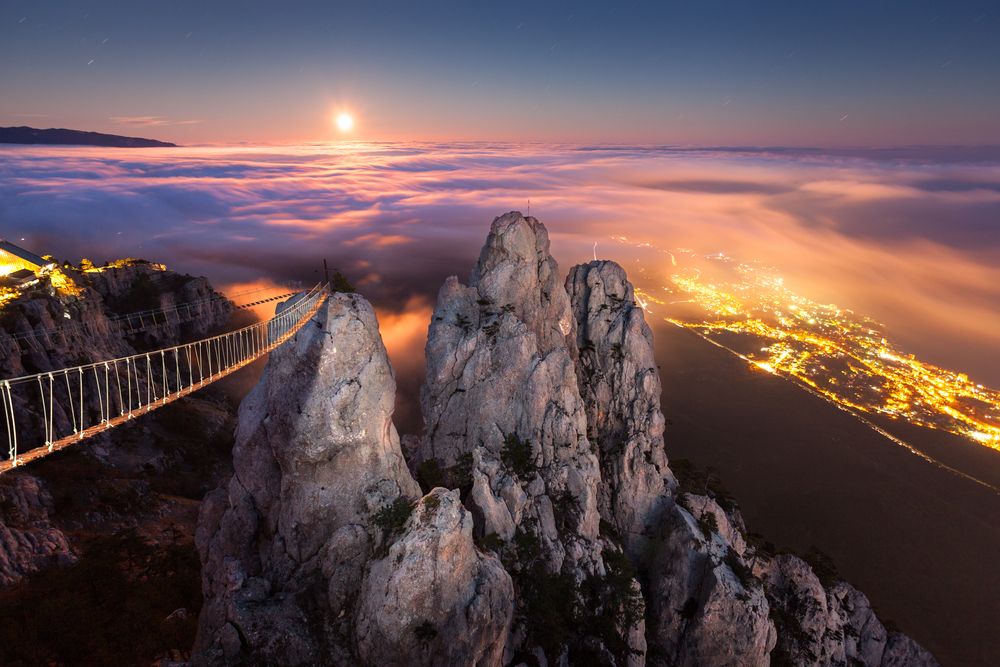 A guided hike through a canyon surrounded by amazing nature with a stop at a former guerrilla camp, consisting of several underground tunnels used at the height of the Great Patriotic War. 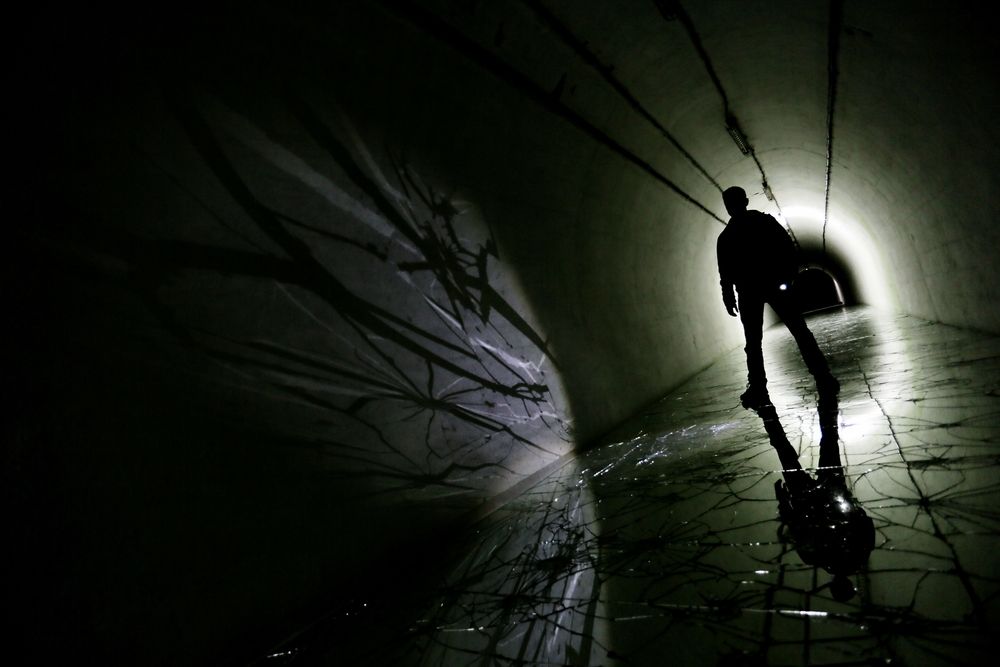 Visiting the abandoned military facility will appeal to thrill-seekers

Itinerary:
– Emerald Canyon;
– Baidar valley;
– Alsu tract;
– Abandoned military facility № 221.
The cost of a guide will be about 1200 rubles.

Excursion includes a review of numerous monuments and theaters, climbing to a great height and visiting the ancient city where Prince Vladimir adopted Christianity. 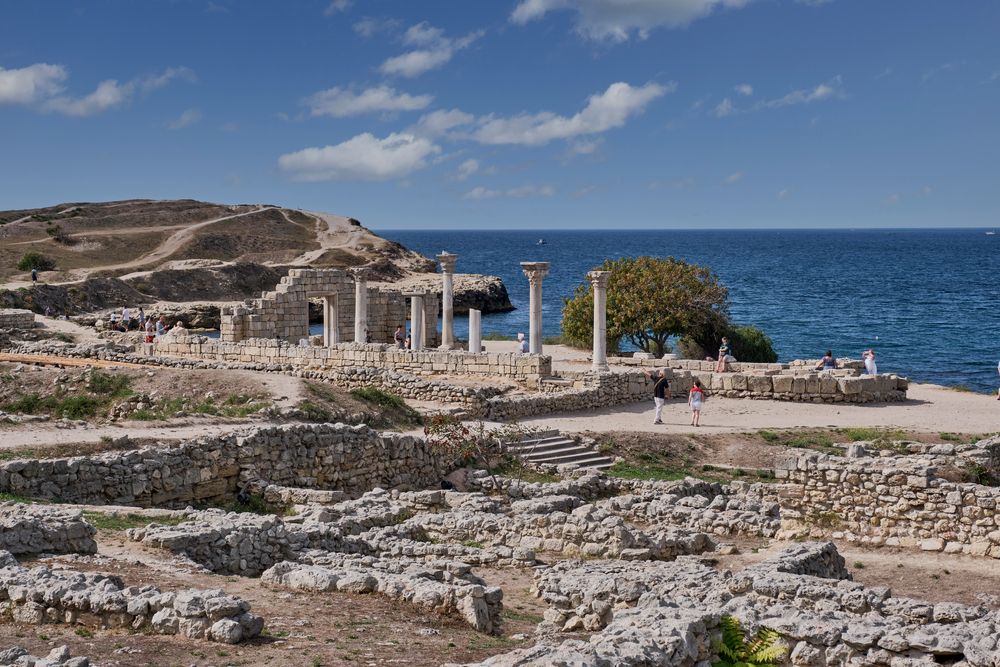 Chersonesos – the polis founded by the ancient Greeks