Futuristic skyscrapers and ancient forts, modern hotels and oriental bazaars, artificial islands and theme parks, luxury boutiques and picturesque mosques – the sights of Dubai will impress even the most experienced travelers!

Dubai – the city of the future.

Looking at the majestic building of the world's tallest skyscraper, it's hard to believe this amazing project was built on a once lifeless desert. Burj Khalifa Tower is 828 meters high and inside there are hotels, apartments, offices, shopping malls, parking lots. Have lunch at the highest restaurant in the world, get dizzy at the viewing platforms – or enjoy free entertainment at the foot of the skyscraper, the musical fountain. 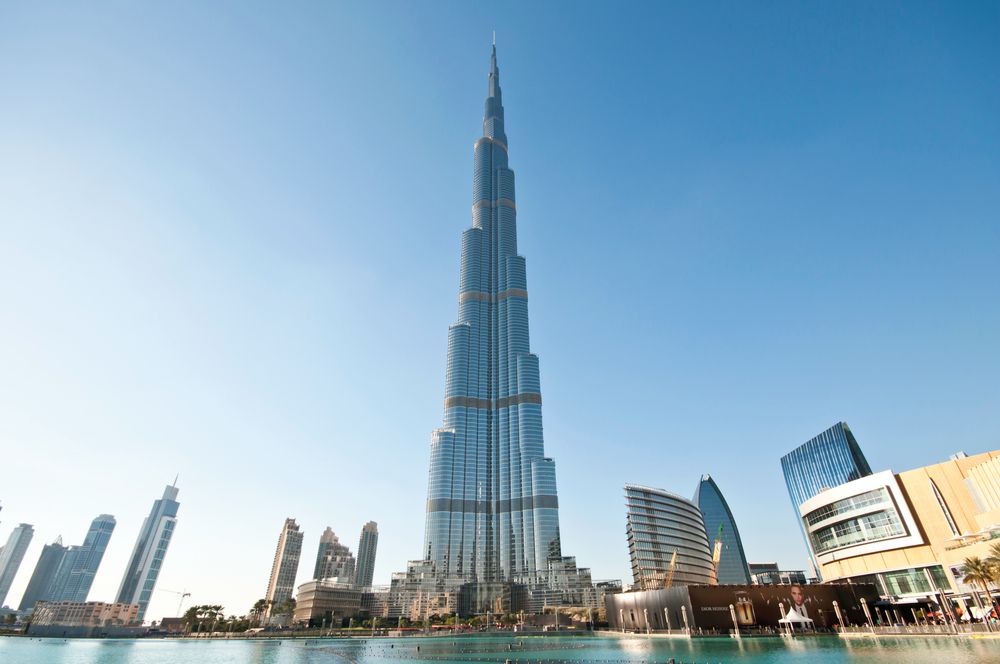 Another symbol of the Arabian metropolis is the Burj el-Arab, a sailboat hotel easily recognizable by its distinctive shape. This is the calling card of a luxurious holiday in the Emirates, because the skyscraper is famous not only for its size and amazing appearance, but also for the highest level of service. Rooms are amazingly opulent and luxurious. As it is a rare tourist who can afford to stay in apartments, special tours are organized for those who want to see the decor of the mall with their own eyes. 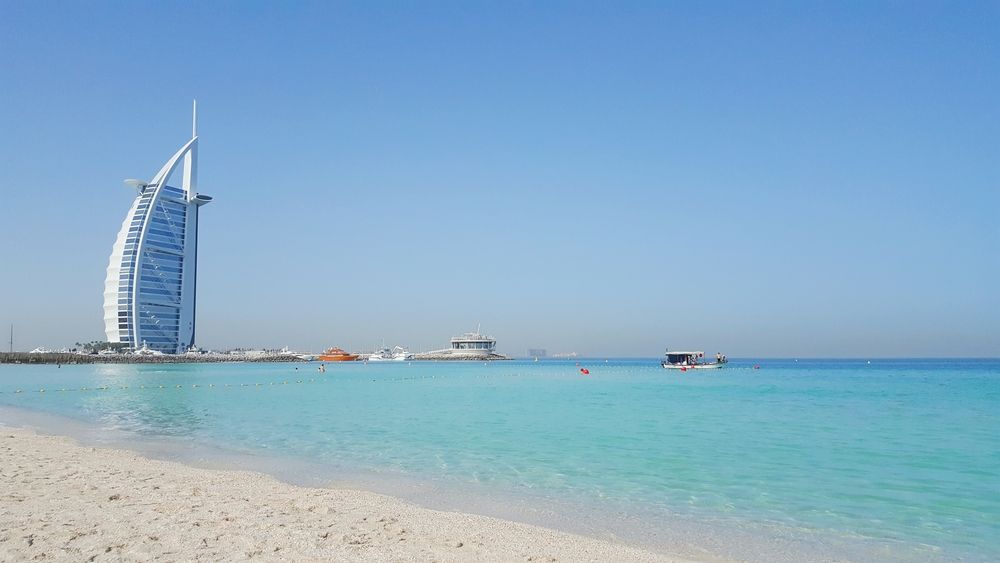 The sail hotel – the symbol of Dubai.

The frame of Dubai.

The original gold-framed skyscraper changed the city's panorama not long ago – but it's already on the list of prominent landmarks in Dubai. The colossal picture frame consists of two towers connected by a glass bridge, the walk across which excites the imagination. Tourists can also visit interactive museums and viewpoints. 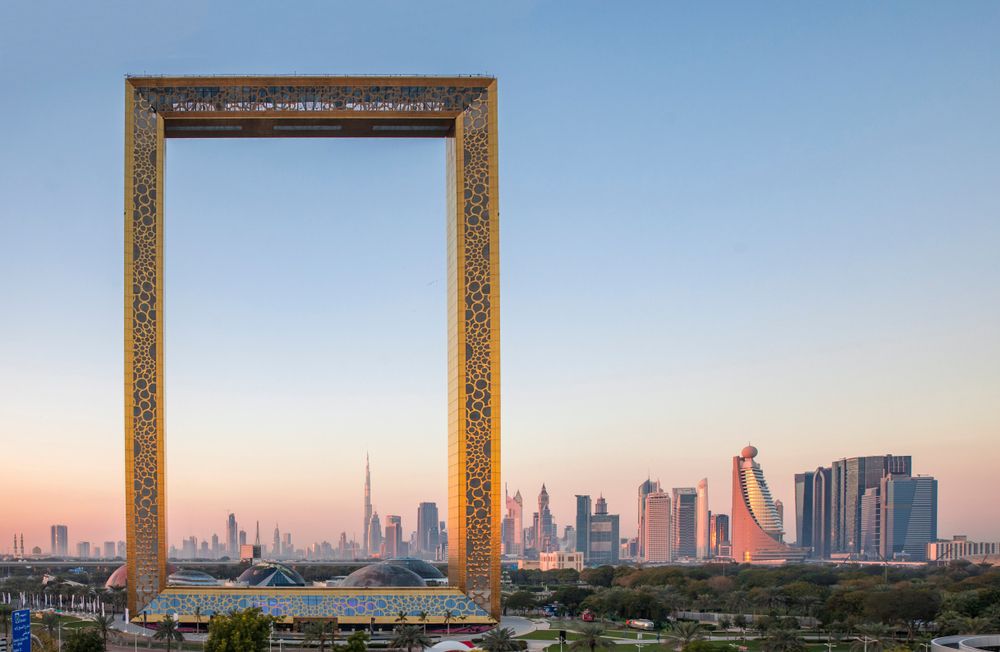 The Golden Frame of Dubai, a unique skyscraper.

It is not without reason that the shopping center is among the main attractions of Dubai. Not only is it worth it for the sheer awesomeness of shopping, although the mall, which is the largest on the planet, offers excellent facilities for that. Visitors have a great time at the state-of-the-art movie theaters, restaurants and cafes with cuisines from around the world, theme parks, a zoo, and a famous aquarium with exotic inhabitants. 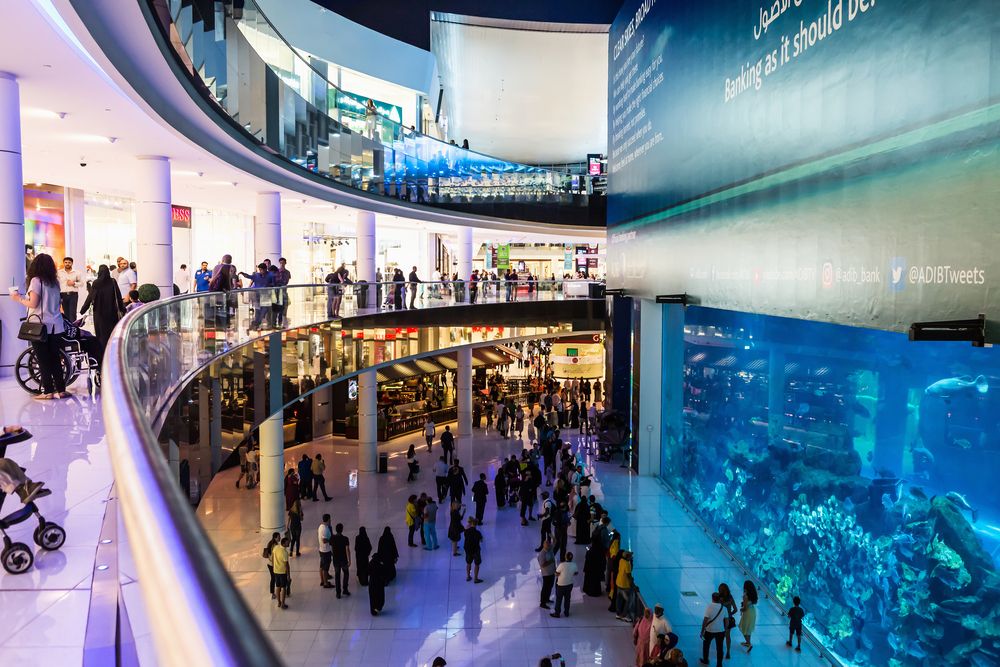 Dubai Mall is the best shopping in the Emirates.

Another famous shopping mall in the Emirates attracts not so much by the range of goods and prices (although they are often lower than in other Dubai stores), as by the architecture and the idea of. The buildings of the complex are made in the style of different countries – visitors will find a red Chinese houses, and Egyptian pyramids, and pompous Indian palaces. Similarly famous for the cuisine of the world. 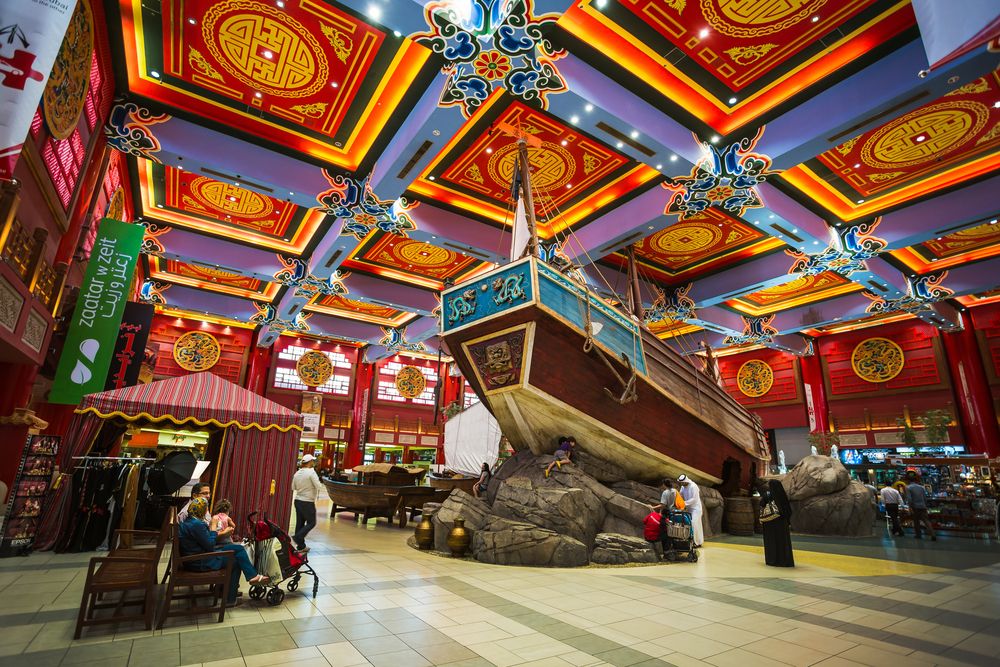 Skyscrapers soar into the serene blue sky more recently, as the historic Bastakia neighborhood chronicles the city's history before the economic miracle. Ancient walls, wind towers, bustling markets, maze-like streets and colorful shops remind tourists they are in the East after all. Museums, fortress ruins and restaurants with traditional cuisine completely immersed in the atmosphere of an Arabian fairy tale. 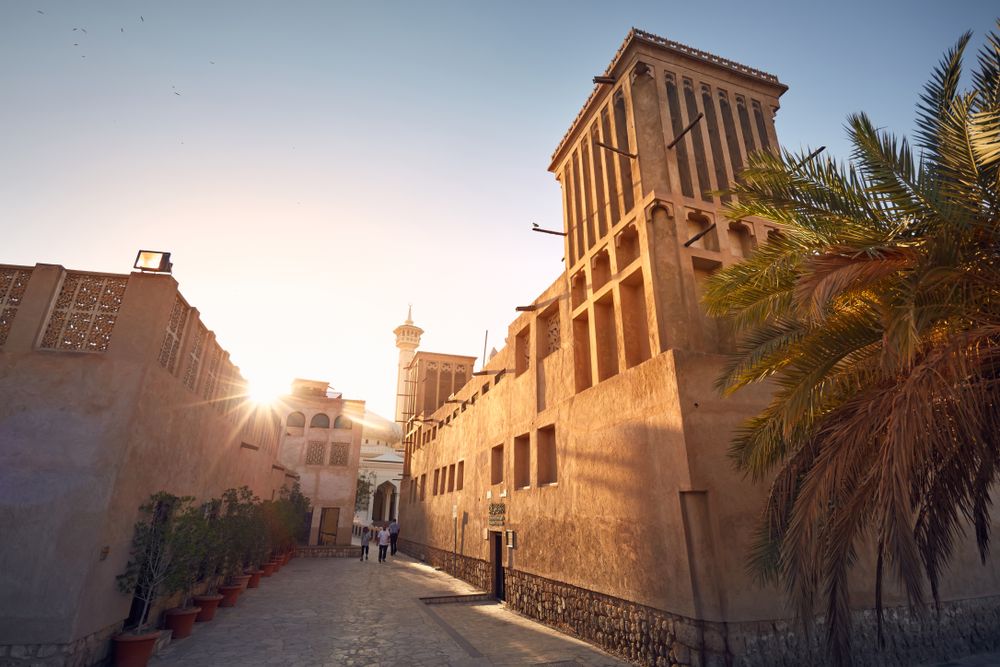 One of the most popular attractions in Dubai is the Jumeirah Mosque, open to all comers regardless of their religion. A religious center opened at the mosque, which staff conducts exciting tours and introduces tourists to Islamic culture and history. 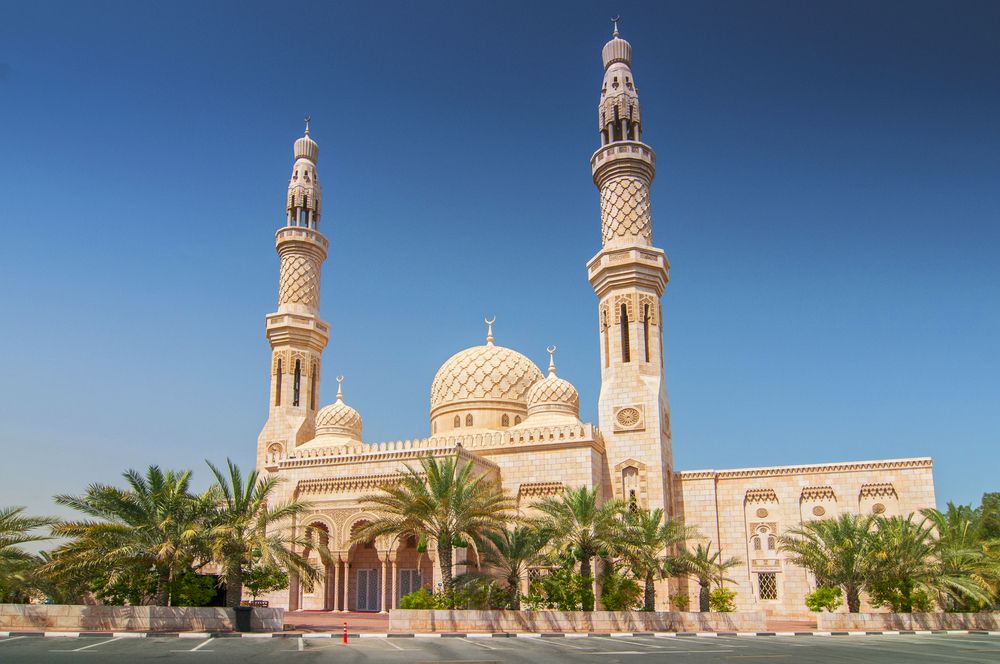 When the city was built, territories were reclaimed not only from the desert – but also from the sea. From the monolithic stone, limestone and sand were created another famous landmarks of Dubai – artificial islands. Palm Jumeirah looks like a giant palm tree with its leaves and trunk lined with parks, malls, villas, residences, restaurants, and luxury hotels. The bulk islands of the Mir Archipelago are in the shape of the Earth's continents. They were originally conceived as secluded areas for the rich and famous people, and the names of most owners of the islands are kept secret. Palm Jabal Ali was designed to have thousands of bungalows and amusement parks standing on stilts in the water, but construction of the project has been frozen for now. 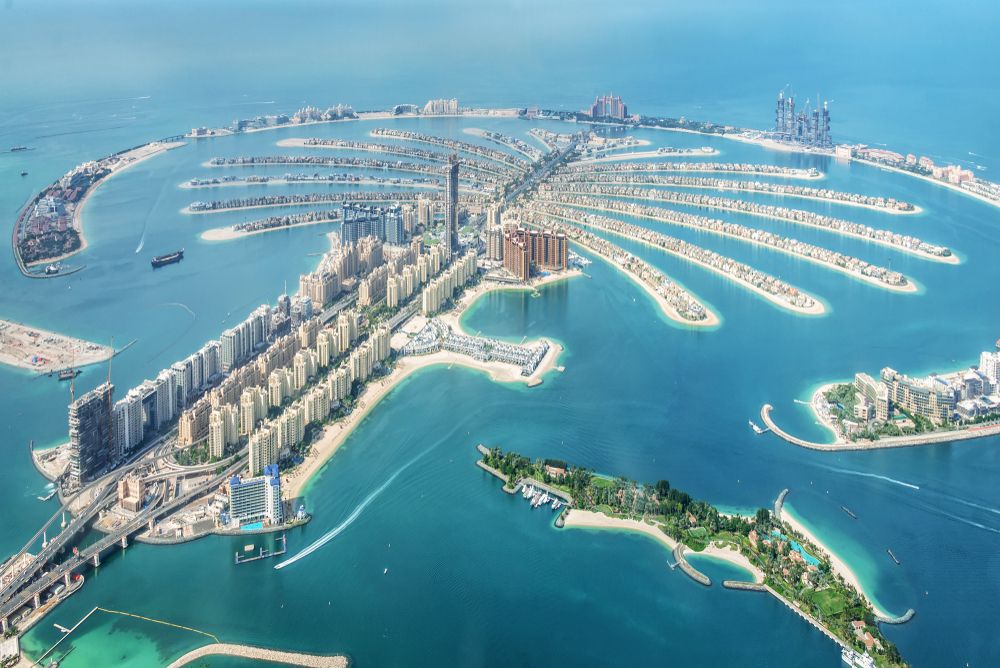