Budapest is considered one of the most beautiful capitals of Europe, with unique architecture, beautiful nature. The city is rich with different monuments, museums, theaters and, of course, the wonderful Danube River, a majestic river about which many songs are written. There are many very interesting sights in the Hungarian capital.

The palace, built in the 18th century, stands on a hill on the right bank of the Danube. Hungarian kings used to live in it. This palace was built to replace the castle of the 13th century, which used to be a defense bastion against the Tatar-Mongol hordes.

The building of the Hungarian Parliament. 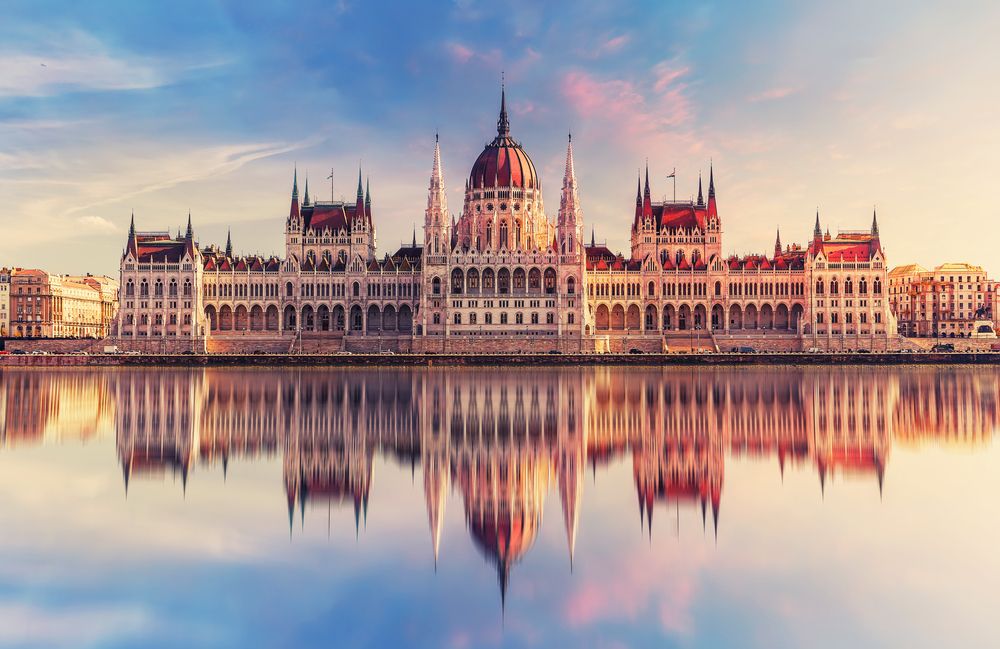 The Parliament Building is the largest and most beautiful building in the country, with 691 rooms, 29 staircases and 10 palaces. The Hungarian Parliament Building, a calling card of Budapest. It is depicted on postcards, magnets and various souvenirs you can take back from Hungary. And this is the main structure of the Hungarian capital, which absolutely every traveler will remember, and immediately recalls it when asked to tell about Budapest. The building impresses with its grandeur from the sea and from the shore. 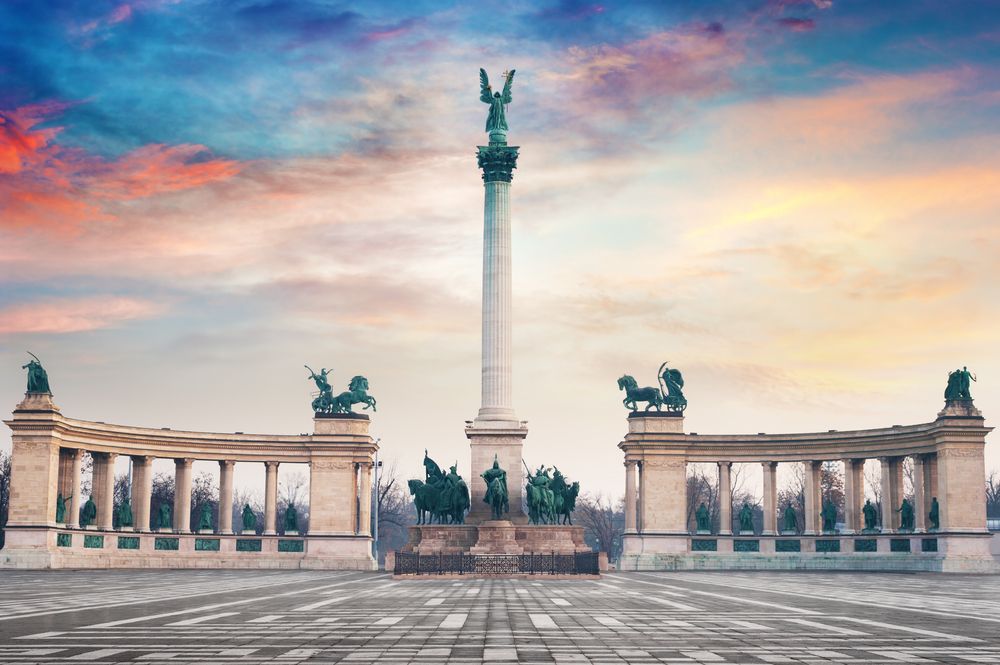 One of the most famous squares in the Hungarian capital

Main square in Budapest. Here tourists get acquainted with the most important historical periods in the life of Hungary and its famous heroes. In the middle of the square is the Millennium Memorial, a statue of the Archangel Gabriel holding the Cross of the Twelve Apostles and King Stephen's Crown. The bases of this high column are decorated with equestrian sculptures of the leaders of the seven Magyar tribes. Legend has it that it was these chieftains who brought the people here that started the Hungarian state. 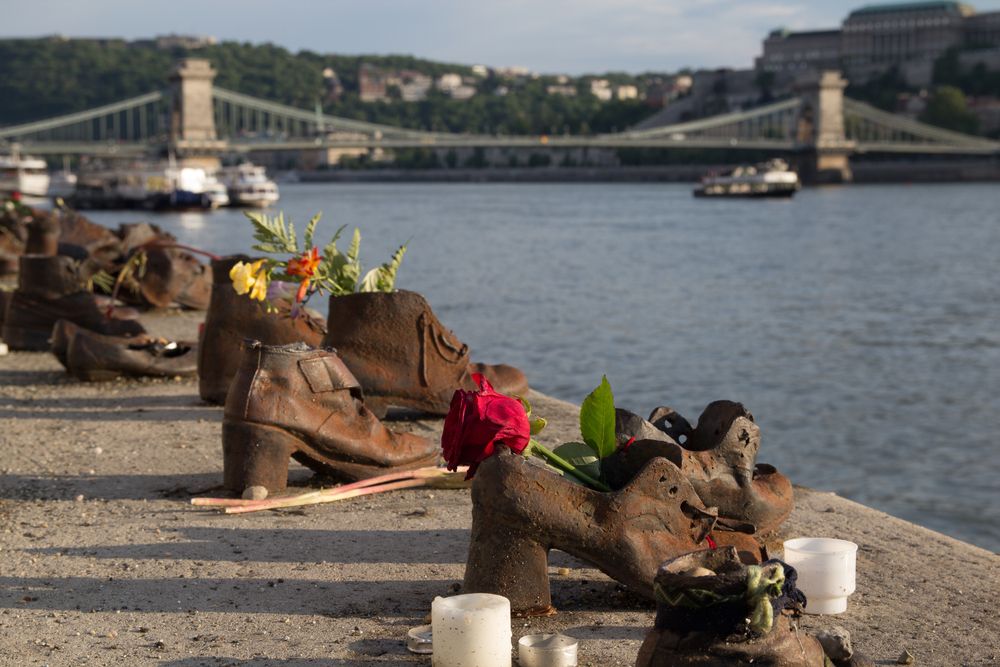 The most heartwarming, emotional and recognizable monument of Budapest – Shoes on the Danube Embankment

One of these monuments is the Shoe Monument on the Promenade (dedicated to the events of the Holocaust), which highlights all the horrors of Nazism, when the Jewish inhabitants of Budapest were shot.
Nearby is the Plague Pillar, which commemorates those who died of the plague that raged across Europe in the Middle Ages.
On the same square is a very unusual museum, the House of Terror, which tells the story of the fascist and communist periods in the history of twentieth-century Hungary. The building once housed the headquarters of the Hungarian Fascist party Crossed Arrows, which was later used by the Hungarian state security services as a torture chamber. Visitors can see many torture chambers and prison cells by going down to the museum basement. 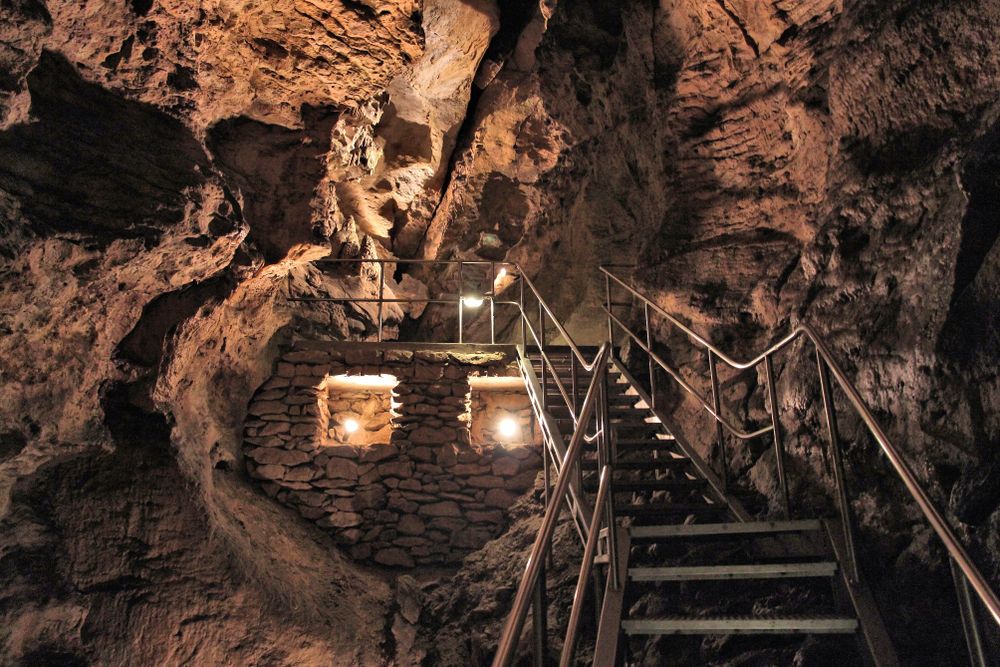 An unusual sight in Budapest is the elaborate network of caves

There are many caves to admire in Budapest, many of them in cliffs and which are museums.
In one of these caves there is a museum "Hospital in the Rock", consisting of a labyrinth with underground caves and passages. Bomb shelters and a medical hospital were located here during World War II. Among the exhibits are also those that tell how devastating the consequences of the use of nuclear weapons can be.
In one of the caves is the Invisible Exhibition Museum. This unusual museum seems to plunge you into total darkness and help you understand the life of blind people. All of the guides in this museum are blind or visually impaired people who talk about the difficult lives of blind people. At the entrance to the museum, the lights are turned off and it creates total darkness in all the halls of the museum. Here you can also sit in a cafe – which is also in complete darkness. The waiters and barmen here are also blind people, helping visitors to understand where and how plates and cutlery are placed on the table.

Budapest is a very unusual city that you can not get to know in one trip, you can return here many times. The capital of Hungary will delight any traveler.