What to see in Croatia. Top attractions.

What to see in Croatia. Top sights.

Every Croatian, no matter where he or she is from, shares the Adriatic Sea as a source of pride. It is the most beautiful place on the globe! You can’t argue with that! The number of tourists coming here from all over the world, speaks for itself. What draws them here? Pristine purity of nature right on the territory of Europe.

On the Adriatic coast you won’t find a single industrial enterprise! But olive groves, protected to the fullest extent of the law, and national pine parks are an assortment. By the way, Croats themselves don’t brag about how much work, persistence and money they had to put into preservation of their native flora and fauna. They sincerely believe that they have been loaned real treasures by God, and therefore it is their sacred duty to preserve and protect this piercingly turquoise water, the intricately rugged lines of beaches, and most importantly, the many islands. There are 1182 islands clustered along the Croatian coast, and each one is loved by the locals as if it were their own child! 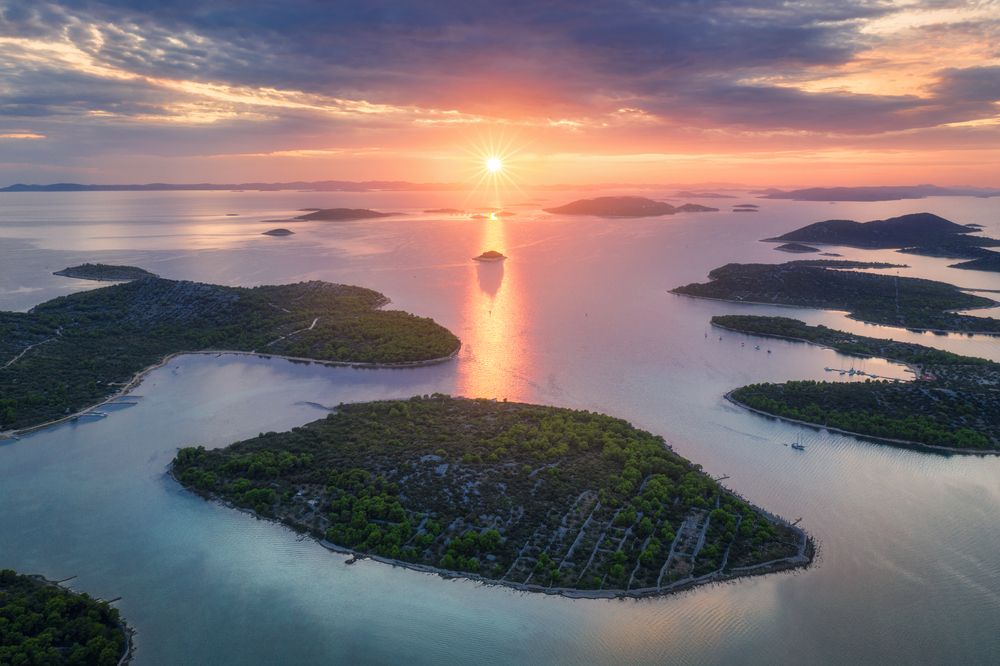 Where to find a rest for a tired traveler in Croatia – the question to which there can be only one answer: “Everywhere!!” The most developed in terms of tourism in the country is considered the Istrian peninsula. Look for it in the north of Croatia, on the border with Slovenia, and once found, choose a town to your liking: Pula, Porec, Rovinj, Umag, or better yet, visit all of them, because the result will be a full tour of European history.

In Pula, enjoy the monuments of Roman architecture: Arena amphitheater, Arch of Triumph, Roman theater, Hercules’ Gate, Coliseum. The full feeling of being in Italy! The fortress walls and towers of Poreč, the Church of the Holy Rock in Umag, the Franciscan monastery and the Chapel of the Holy Trinity in Rovinj will take you back to the Middle Ages..

For lovers of architectural beauty, a visit to Zagreb, Croatia’s capital, is a must. Where else will you find a town that was founded from two adjoining beautiful cities?? Everyone wants to be the one and only, to absorb the neighbor without a trace. And only the Croats solved the question peacefully and amicably. Perfectly preserved St. Stephen’s Cathedral in Kaptol and St. Mark’s Church in Gradec. Since then, Zagreb has grown and become even more beautiful. There is literally everything here: gothic churches pointing to the sky, luxurious baroque and classicist palaces to choose from, eclecticism of the late XIX – early XX century, modern buildings in the lower part of the city. 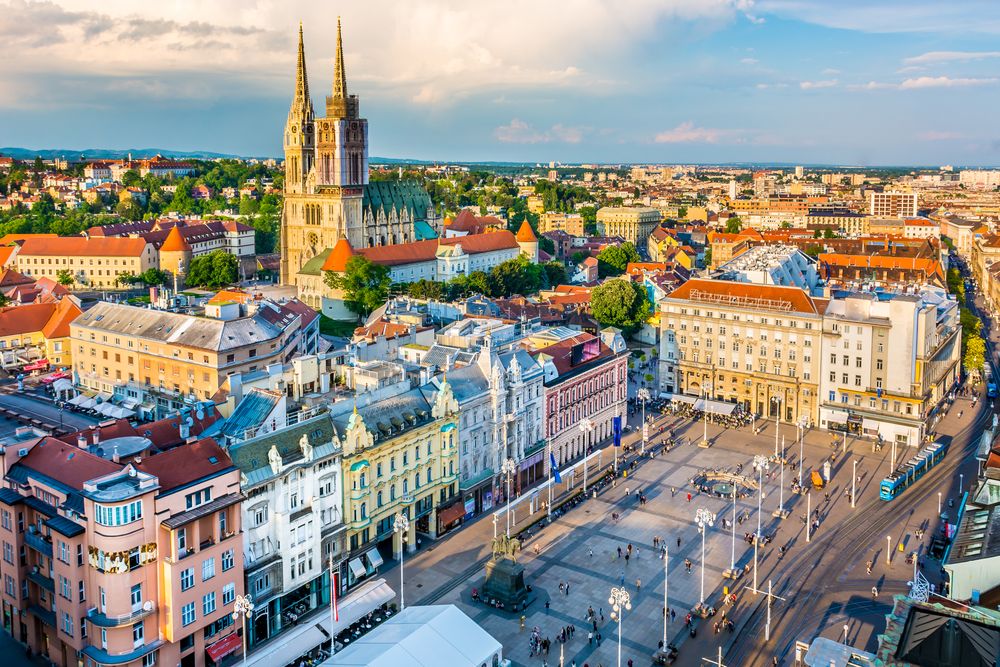 The capital of Croatia – Zagreb

Split is the second largest city after the capital; it has been shining in the center of the Adriatic coast for more than 1700 years. The first thing newcomers run to bathe in the local beaches, where the pebbles are fine and pleasant to the touch, and the water is clear through. And then, unhurriedly, like locals, set off to see Split, where there is such a hodgepodge of architectural styles that it boggles the mind! But its main attraction is the palace of Diocletian, the Roman emperor who, as the grandson of a slave, considered himself the greatest ruler and did not want to acknowledge any other god but himself. Accordingly, palaces in his honor were built with great pomp. The one you can see in Split is considered to be the best preserved in the whole period of the Roman Empire. So only here, to Diocletian to bow, his spirit will be satisfied! 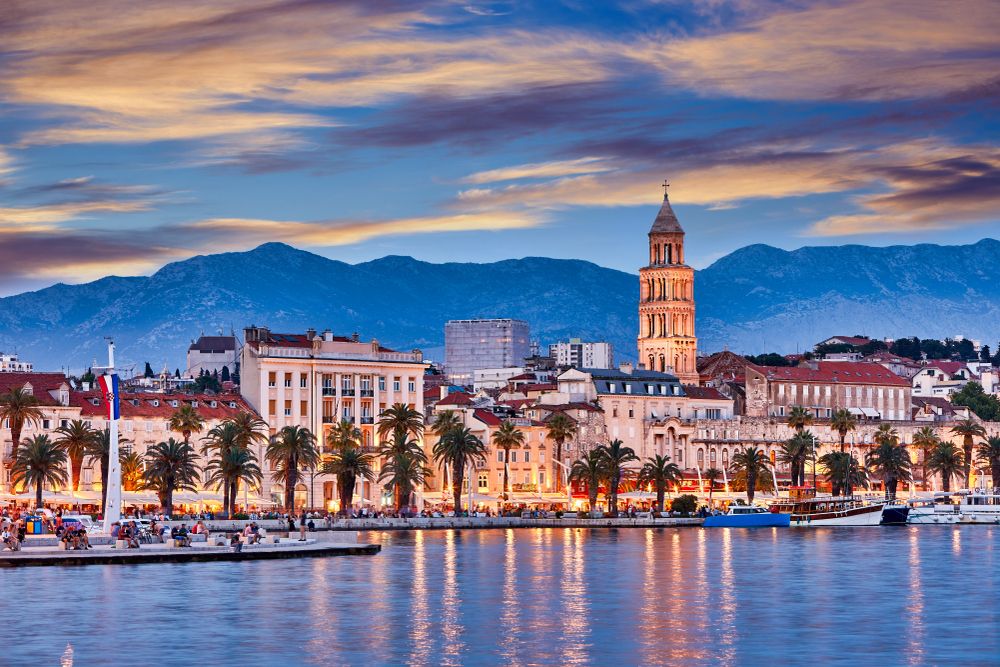 The second largest city in Croatia is Split

Moving further south, you can not miss Dubrovnik. All the advertising booklets of Croatia literally shout about it, naming it as no less than “the trademark of the country. Why such an honor to the ancient, but small town, which for a small fee can be bypassed the whole city directly on the ramparts? It’s beautiful, that’s all the story! There is no sense to enumerate its monuments of architecture – there are the whole book here; to describe its picturesque bays – they really are as if from the pictures of old masters; to refer to Jacques-Yves Cousteau, in love with the crystal purity of its sea – take the word of the great explorer! You should just come to Dubrovnik, sit down in the first café you see, facing the Adriatic and forget the above written words. 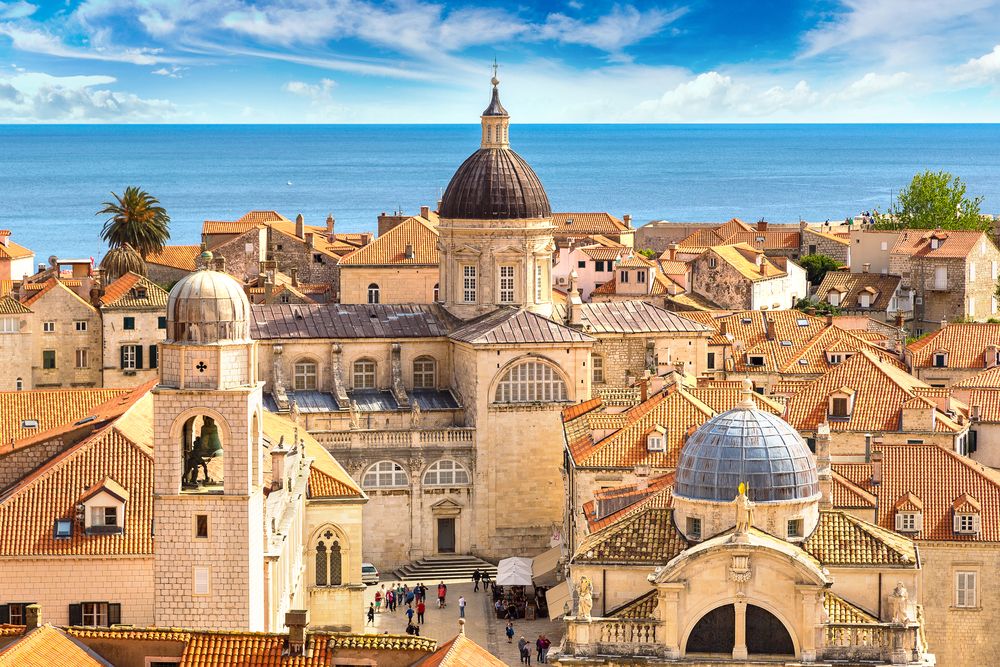 What to bring back from Croatia except a desperate desire to return? 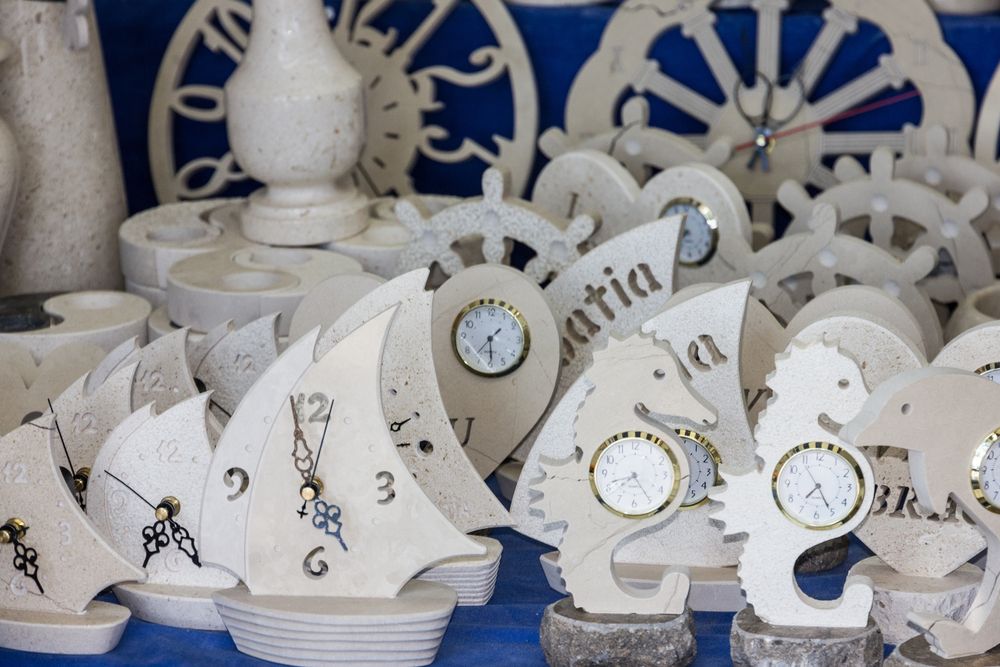 Souvenirs made of noble brocade stone