What to see in Istanbul in 3 days by yourself. Sightseeing

What to see in Istanbul in 3 days

Istanbul is a big city with a history of thousands of years, spread across two continents. It is rich in architectural buildings, historical monuments and….traffic. So a few tips for tourists:

1. Get up early to get there in time to avoid traffic jams.
2. If you have to choose between the subway and the car, you should take the second one.
3. Take your time. Better to exclude something from your list than to watch it all in some kind of slideshow.
4. Enjoy a trip to the city of contradictions and contrasts.

The last one is definitely the most important.

Istanbul is Turkey’s largest city. It is located in Europe and Asia at the same time, which makes the metropolis unique

The first day of your trip to Istanbul can be devoted to historical walks. The Hippodrome, or Sultanahmet Square, is the main square of the city. In addition to green lawns, tall fountains, and cute shops, the Hippodrome has the Museum of Islamic and Turkish Art, the Blue Mosque, the Sultan Ahmet Mosque, and Hagia Sophia Cathedral. It can take you all day to admire these monuments of culture. 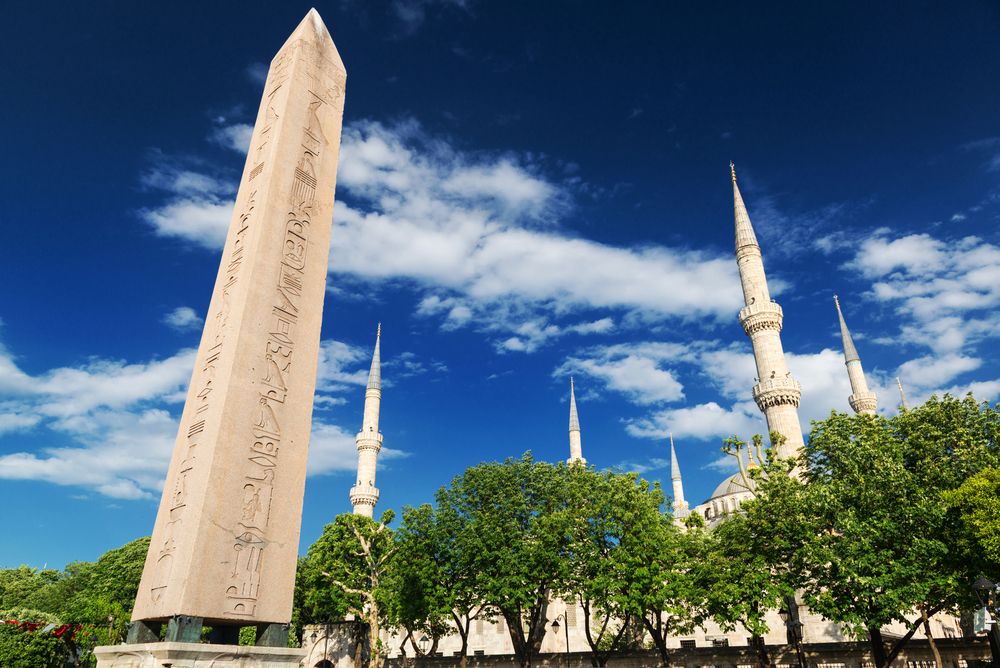 In Roman times, the city was called Constantinople, and the hippodrome was located here 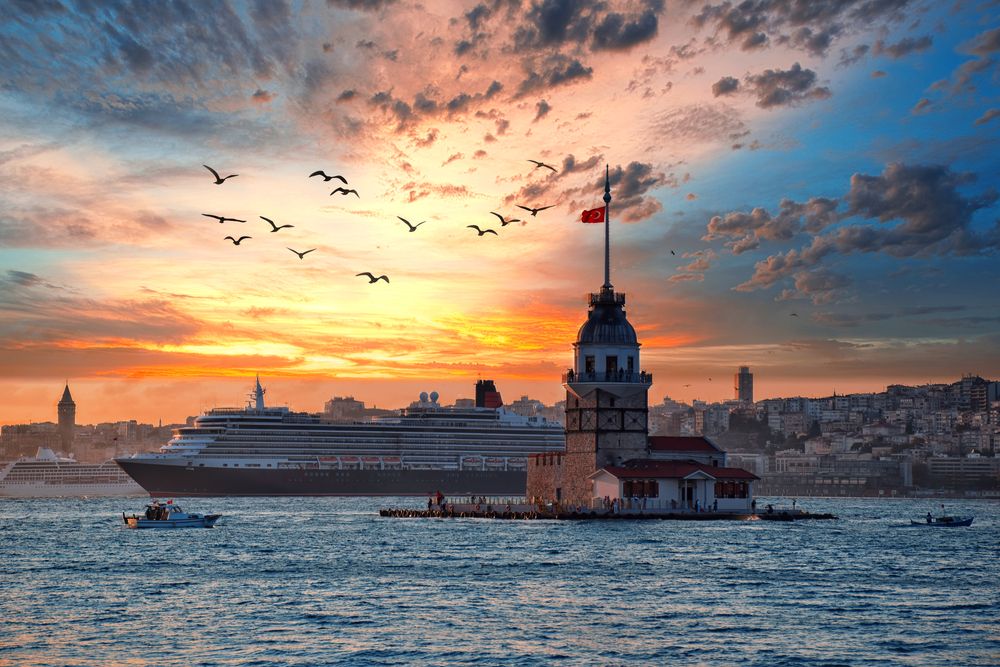 The city sits majestically on the shore of the Bosphorus

The largest park in Istanbul, which was part of the palace during the Ottoman period. “Gulhane” translates to “palace for roses.”. In the warm season roses cover the park, but in the winter it becomes a real palace of forget-me-nots. Gulhane Park is perfect for those who love to stroll amidst the fragrant nature, shadows of the great history and museum complexes. 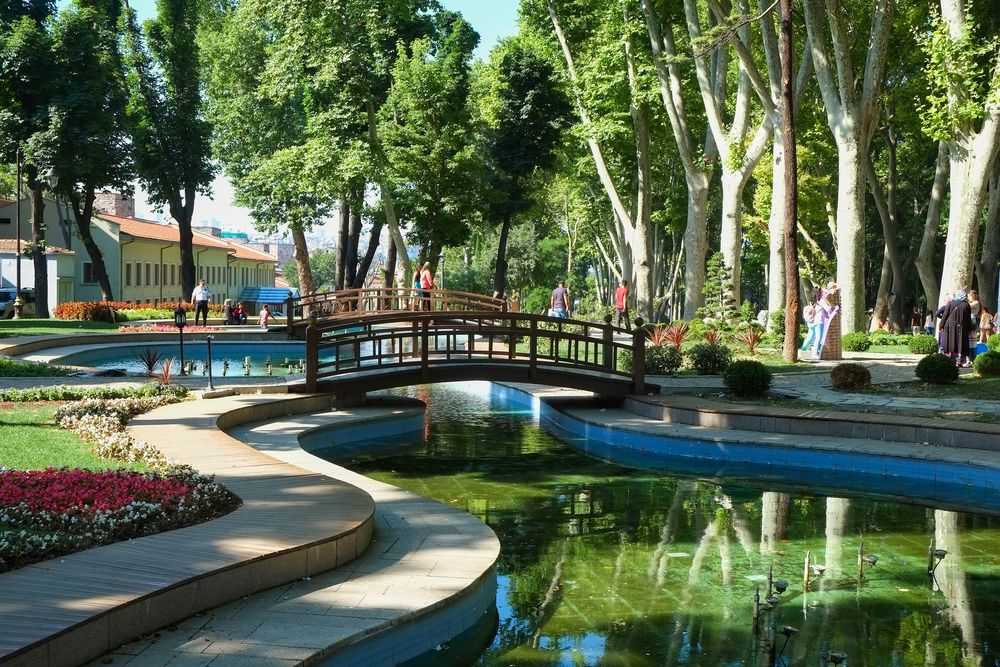 Next to Topkapi Palace is the largest park in the city

One of the largest bazaars in the world is in its sixth century and houses more than four thousand stores and 58 streets. Kapaly Çarşı Bazaar can offer you almost anything you desire. Also on the territory of the bazaar built restaurants, a mosque, eateries, and even a small cemetery. 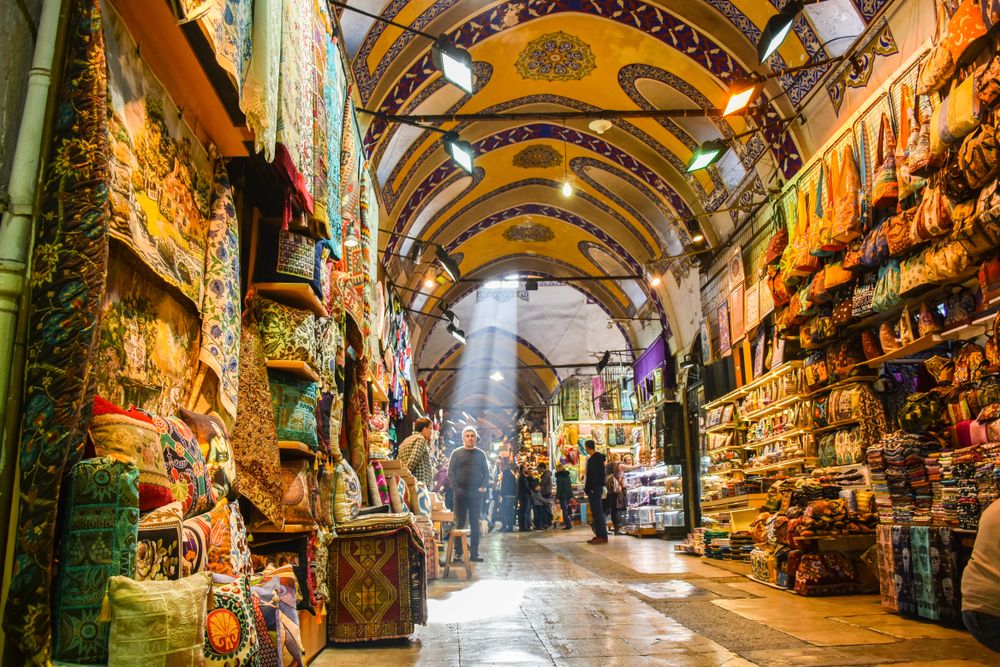 Grand Bazaar is one of the biggest markets in the world. Here there are 61 streets and almost 5000 benches

One of the most visited sights in Istanbul, the current museum, which from the 15th century until the end of the 19th century belonged to the Turkish sultans. The palace holds the treasures of the rulers, some personal belongings, their outfits and chambers. Museum gives you a chance to feel the spirit of a bygone era of Ottoman rulers. 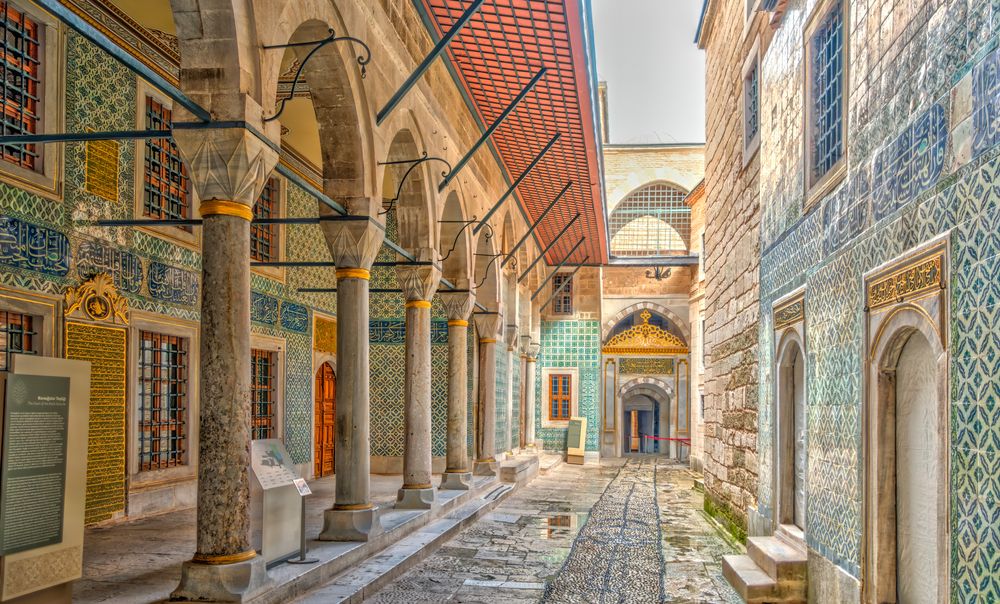 Topkapi Palace – the former residence of the sultans of the Ottoman Empire. By the way, it was here where the shooting of the famous Turkish TV series “The Magnificent Century” took place

What’s better than viewing a metropolis from the highest building in the city?? The Galata Tower is a popular playground for all visitors. The tower used to be used for tracking the ships passing through the Bosphorus and in case of fires. 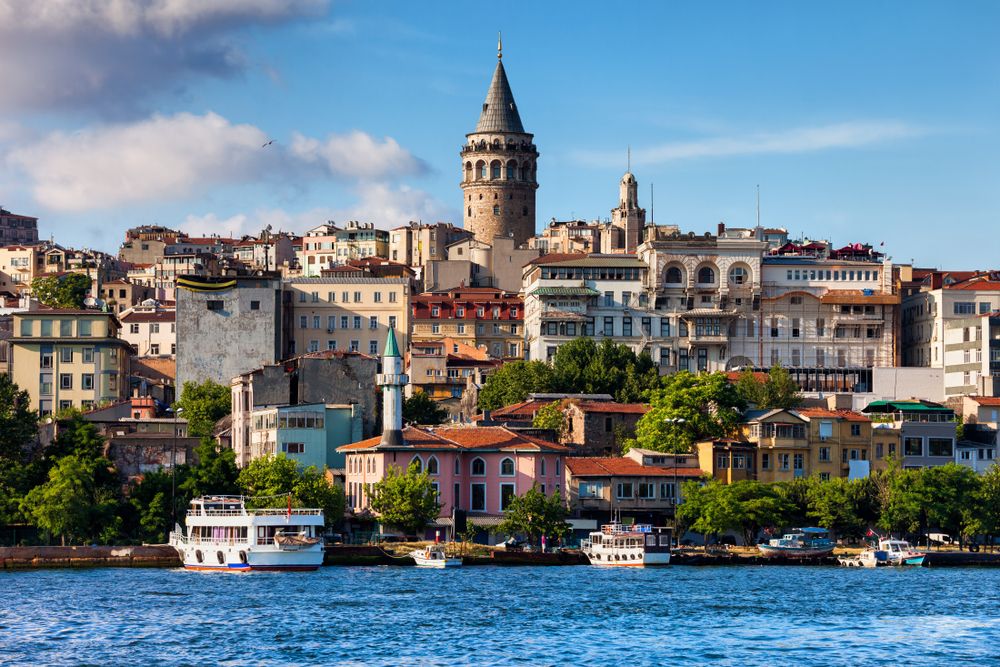 A view of the Bosphorus and the Galata Tower in Istanbul

There is a reservoir beneath Istanbul that in ancient times was meant to hold a large supply of drinking water in case of drought or invasion. Basilica cistern built in a way that resembles a palace under the ground rather than an ordinary vault.

A roller coaster, themed park districts, rides and waterfalls – all this allows you to compare the park to the famous Disneyland. Vialland is divided into three sections: the Kids’ World (where the attractions are exclusively for pre-school age children), the Adventure World (for adrenaline seekers) and the Old World (where everything is connected to the history and culture of the city). 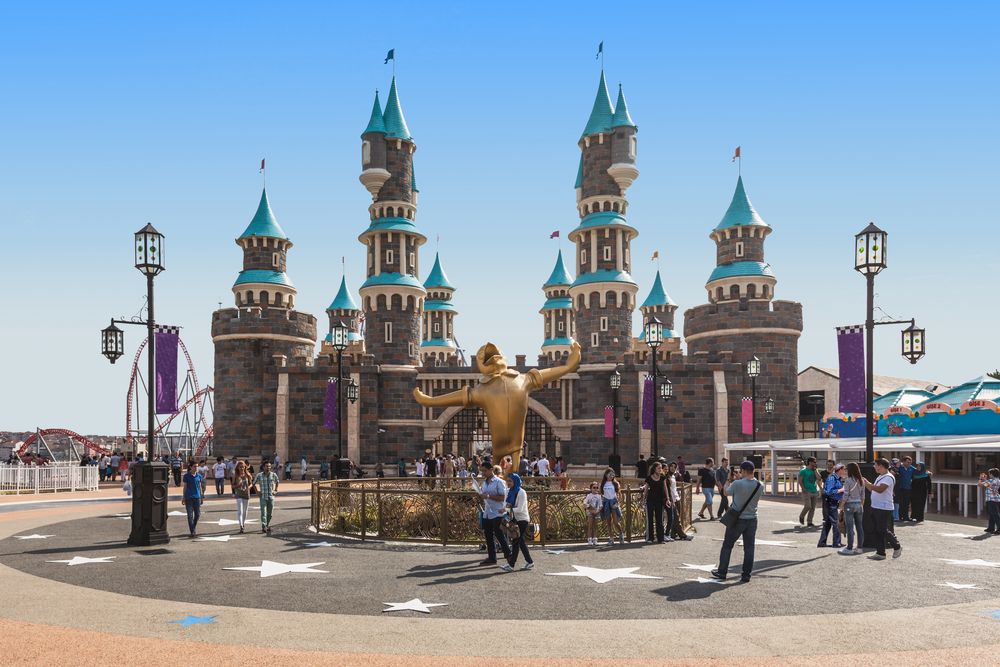