Yaroslavl sights in 1 day. What to see

Yaroslavl in one day: places of interest and an independent itinerary for walks

Yaroslavl is one of the most interesting cities of the Golden Ring of Russia. It is famous for its ancient architecture and numerous monuments. There are a lot of interesting places in the city, which is very difficult to walk around in one day. So for a high-quality tour, you need to make a clear schedule for visiting the most memorable sights.

The center of Yaroslavl

The central part of the city is located at the junction of the Volga and Kotorosl rivers. The historic center carefully preserves its atmosphere and originality, thus it was included in the UNESCO Heritage List.

For a detailed acquaintance with the city in one day you should be ready for an active and bright journey.

Park of the 1000th anniversary of Yaroslavl

The park was built in 2010 on the bank of the river Kotorosl in the Kirovsky district under the program of preparation for the anniversary of the city. The construction was conducted under the direction of the architects V. Grebenshchikov and N. Kudryashova. The recreation area is located on the place where there used to be the hippodrome. It continues the City Park complex.

The main attraction of the park is the statue of a bear made by sculptor Zurab Tsereteli.

On the grounds of the park, the city authorities hold events to celebrate public holidays (New Year's Eve, Shrovetide, Victory Day, City Day, Children's Day, Family Day and many others). And in summer it becomes the center of entertainment not only for the locals but for the guests of the city as well. Especially for the safety of the smallest citizens modern playgrounds were installed. And also there are separate places for bicycle lovers, roller skaters and skateboarders.

Children attractions for children in summer make the park even more attractive. There you can not only have a rest by the fountains and flower-beds, but also have fun riding a car or zorbing.

Entrance to the park is free for all comers. 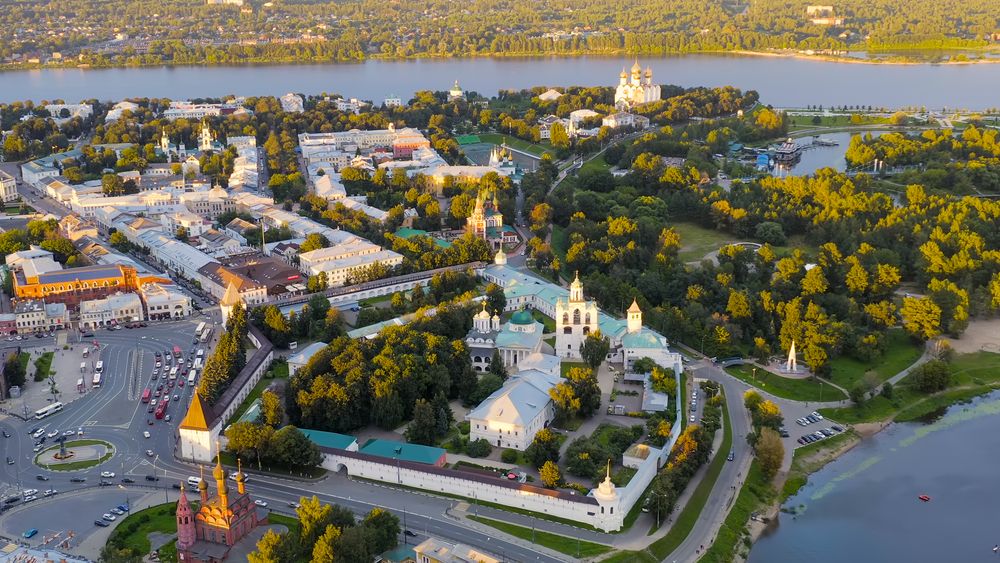 The most popular tourist attraction in the city is the state museum-reserve, which is located on the territory of the former Spaso-Preobrazhensky monastery. Today the temple is not active, but it is still called the Yaroslavl Kremlin because of its massive towers. Also, the museum is unique because it was visited by Ivan the Terrible and Mikhail Romanov.

Together with the cathedral to the complex of the museum-reserve include six more temples built in the XVII-XVIII centuries, located in Yaroslavl outside the reserve:

1) Elijah the Prophet with hipped bell towers.
2) Chapel of St. Nicholas of Nadezhda, which is decorated with mother-of-pearl tiles.
3) Annunciation Square paved with red brick.
4) Epiphany Cathedral with the expensive fresco paintings.
5) St. John the Baptist Cathedral with fifteen chapters.
6) The Cathedral of the Nativity of Christ, decorated with ancient frescoes.

The first place to visit is Epiphany Square and the church of the same name, which is located next to the reserve. 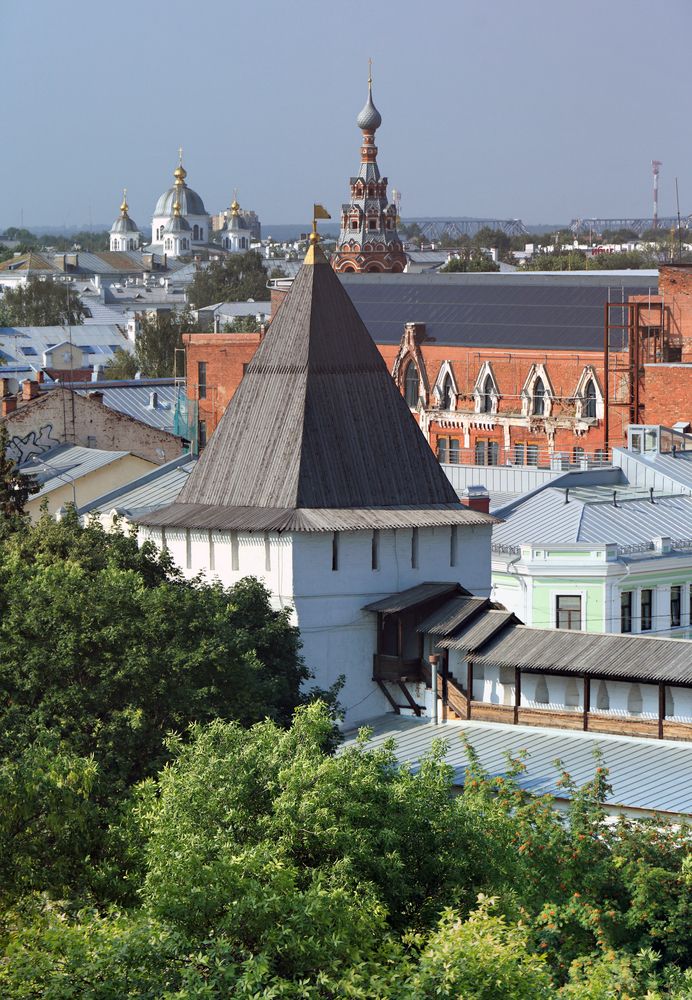 A view of Yaroslavl from the Museum Reserve Tower 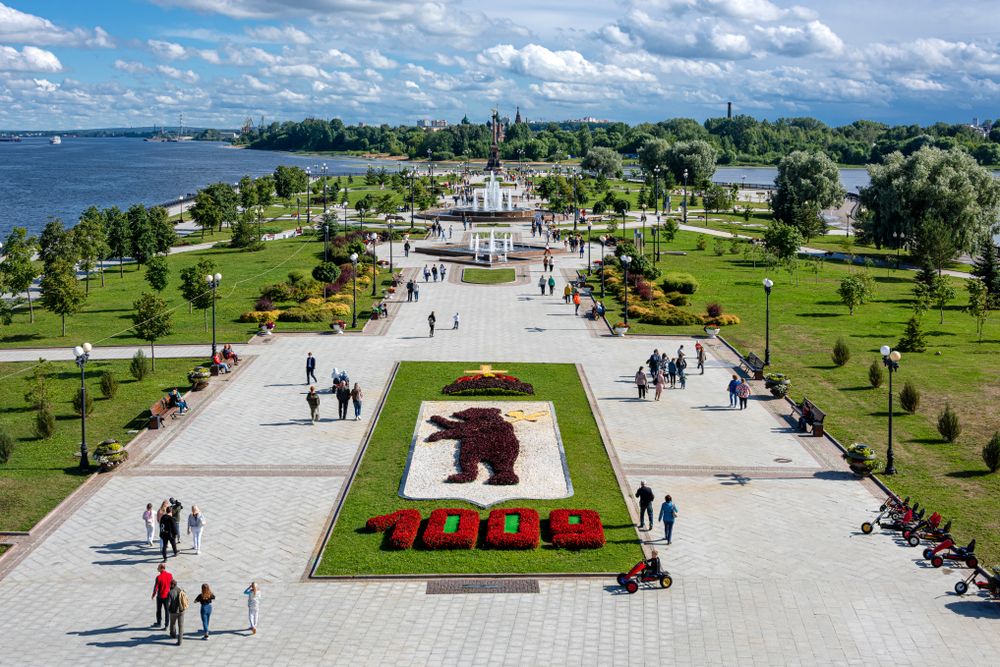 It takes at least 2 hours to fully explore the territory of the reserve. After that you can walk along the embankment to the place where the two rivers merge. This is the most picturesque place in Yaroslavl, called Strelka.
A monument in the park was recently erected to mark the city's 1000th anniversary. It has the form of an arrow with a two-headed eagle, at the base of which statues of important figures, headed by Yaroslav the Wise, are placed.

Embankment of the Volga

From Strelka you can walk to the embankment in the direction of the Volga. The modern landscaped square does not create a contrast with the overall appearance of the old city. On the contrary, they complement each other. It is better to start the acquaintance from the second level, which offers an incredible panoramic view. Also here are concentrated many historical monuments and valuable objects of architecture: Volga Tower, Museum "Music and Time", Metropolitan Chambers, old houses and estates. 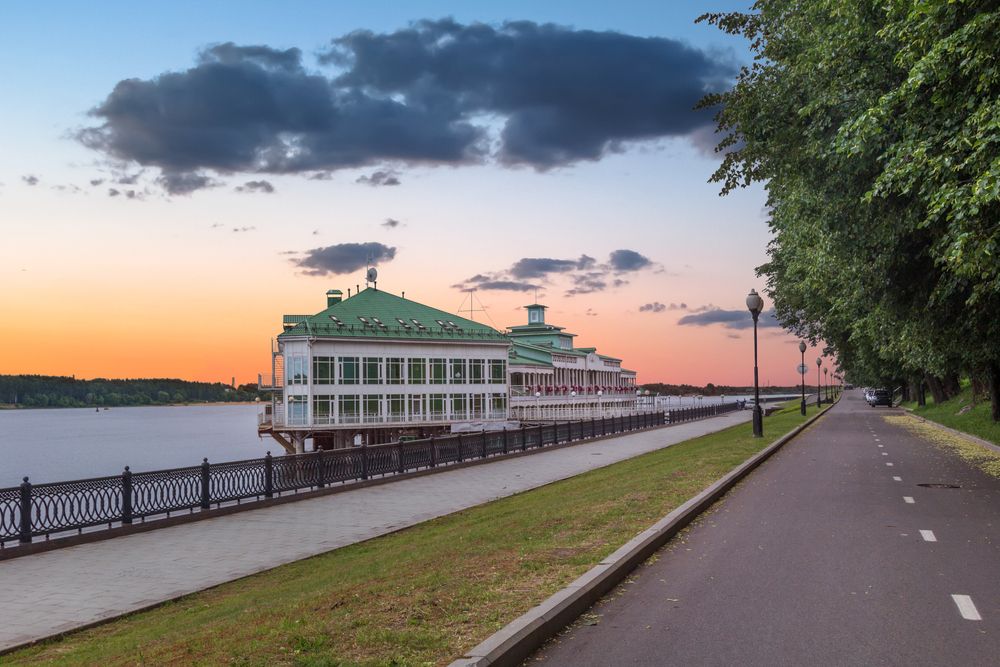 The embankment has a fence, and each monument has its own stand with detailed information. The embankment is decorated with musical fountains, cozy pavilions, summer cafeterias with terraces, which provide a pleasant atmosphere for strolling and cultural leisure.

The upper part of the embankment is famous for the ancient estate belonging to the Yaroslavl governor. The estate is an architectural monument of the 19th century. There is a garden around the estate. Over time, the Governor's House was often used as a traveling palace for Russian rulers. The estate houses the city's art museum. 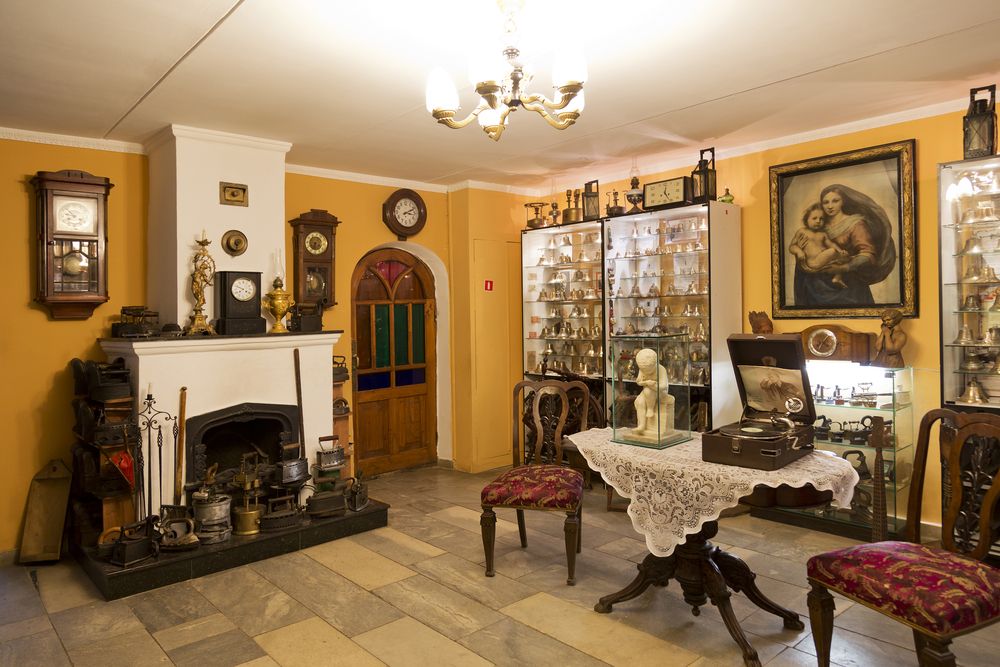 Museum "Music and Time" on the Volga embankment

Collector John Mostoslavsky in 1993 founded the museum with a large collection of old musical instruments, clocks, ceramics and various valuable antiques. It was the first commercial organization since the fall of the Soviet Union. 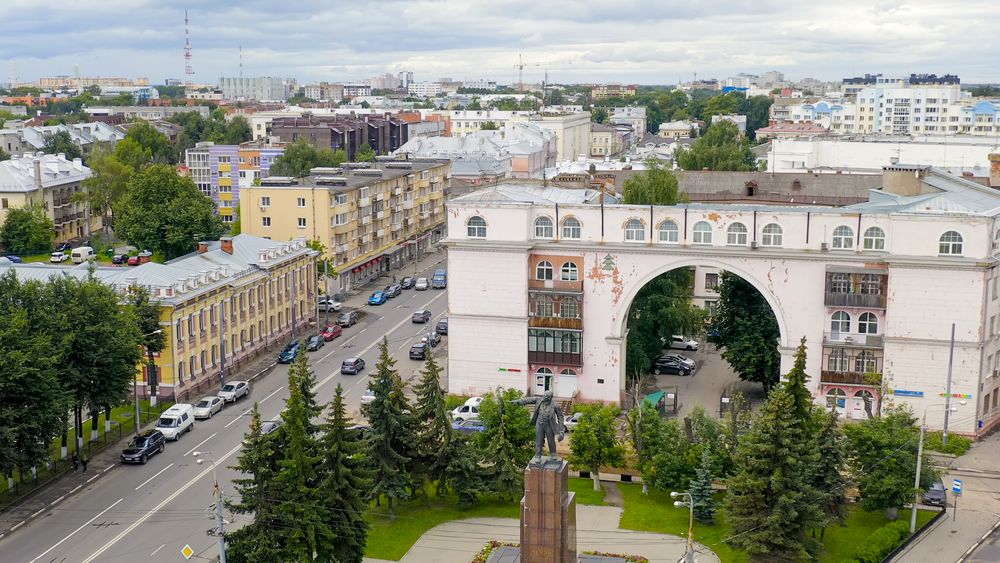 Yaroslavl has its own Red Square with the V.И.Lenin

Along the embankment in the direction of Pervomayskaya Street you can see the heritage of the Soviet Union – Red Square. It was built in the late 18th century. And its original name was "Semenovskaya Square" thanks to the church located on the territory. After the revolution, the church was demolished and the square was renamed Red Square. A house with an arch appeared on the site where the church had stood. Not far from it, a monument to the great leader Lenin was installed. This pedestal is a copy of the monument in front of the Smolny Cathedral in St. Petersburg. 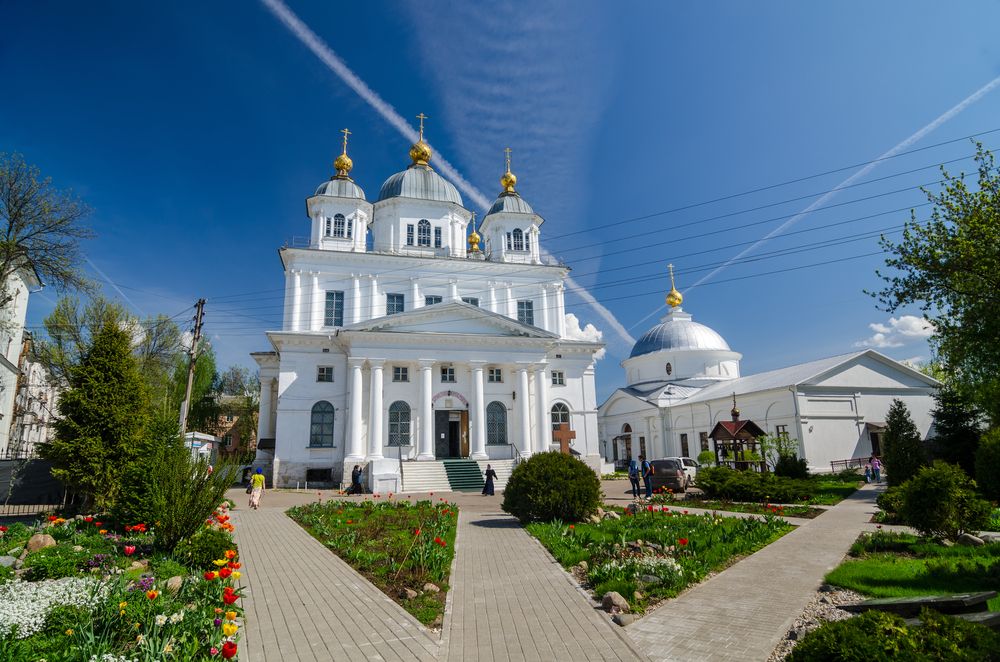 Walking along Pervomaysky Boulevard, be sure to visit the Kazan Nunnery

The alley runs through the central part of the city: from the Volga embankment through Red Square to Volkov Square. The Boulevard is distinguished by a variety of valuable monuments: Kazan female monastery, the statue of Saints Peter and Fevronia, the oldest theater in the country – the Volkov Drama Theatre. Г., And also Ognyanov estate and a monument to Nekrasov. In the evening the boulevard gets especially lively thanks to the crowds of tourists and locals in the restaurants.

Volkov Theater was the first dramatic theater in the country. It began its work back in 1750. The first performances for the audience were staged by Fedor Volkov, a descendant of merchant family. It was held in a barn for making leather goods.

The troupe was first moved into the theater in 1911. The repertoire includes classical works with a completely new vision.

Behind the Drama Theater and Volkov Square stands Znamenskaya Tower. It was formerly called Vlasyevskaya. The original building, built in the 16th century, was burned down. The new name is due to the fresco called "The Sign," which became a decoration of the tower. Nowadays the building houses a university. 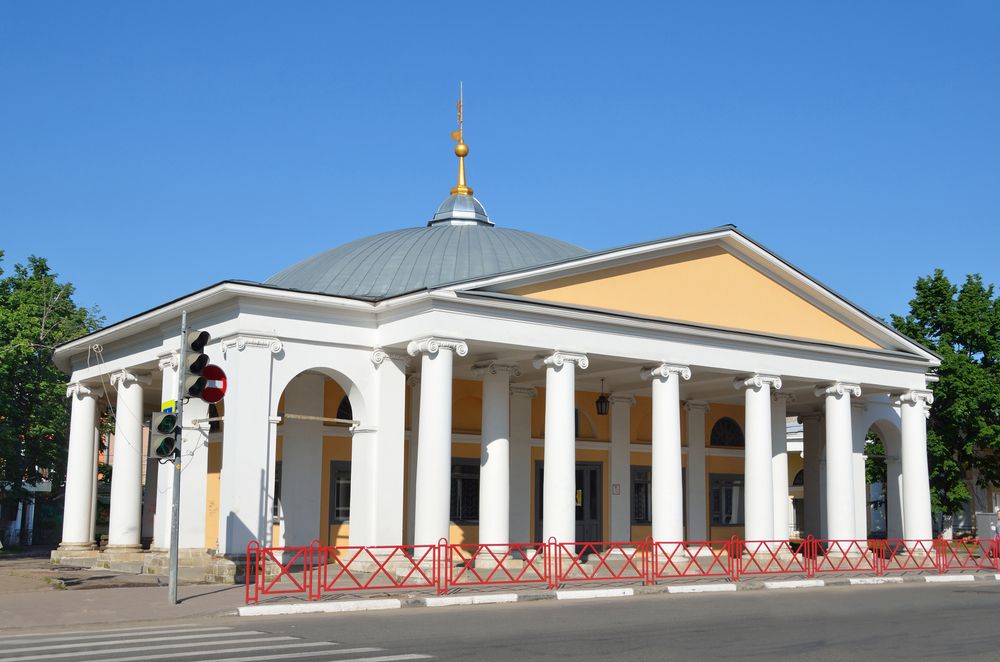 The Rotunda of the Gostiny Dvor

Behind the tower is the Gostiny Dvor, which has the appearance of a one-story exhibition and round building, built in the early 19th century. This building has preserved its function to this day. During the Soviet Union, there was a department store, and since the 90s, there have been private stores. They are of little interest to tourists, so it's better to see the landmark from the outside only. 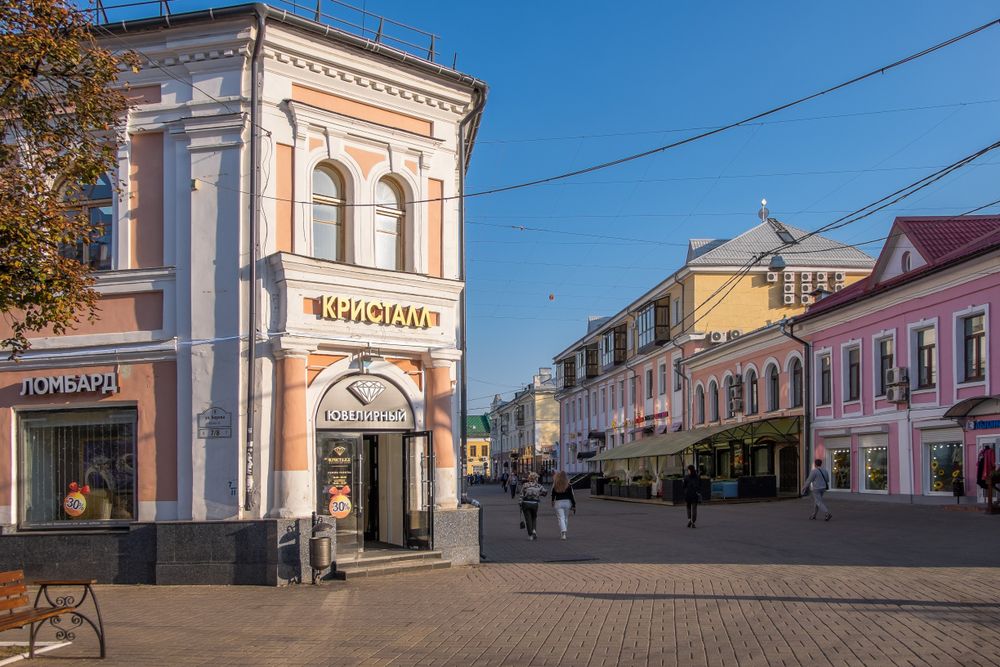 The most popular part of the city is considered a pedestrian street Kirov. It stretches from the Znamensky Tower to the Volga embankment. The place is very popular because of the variety of catering outlets. There you can visit places for all tastes and wallets.

The architecture of the street structures follows the style of the ancient hotels and taverns at the turn of the 19th-20th centuries. 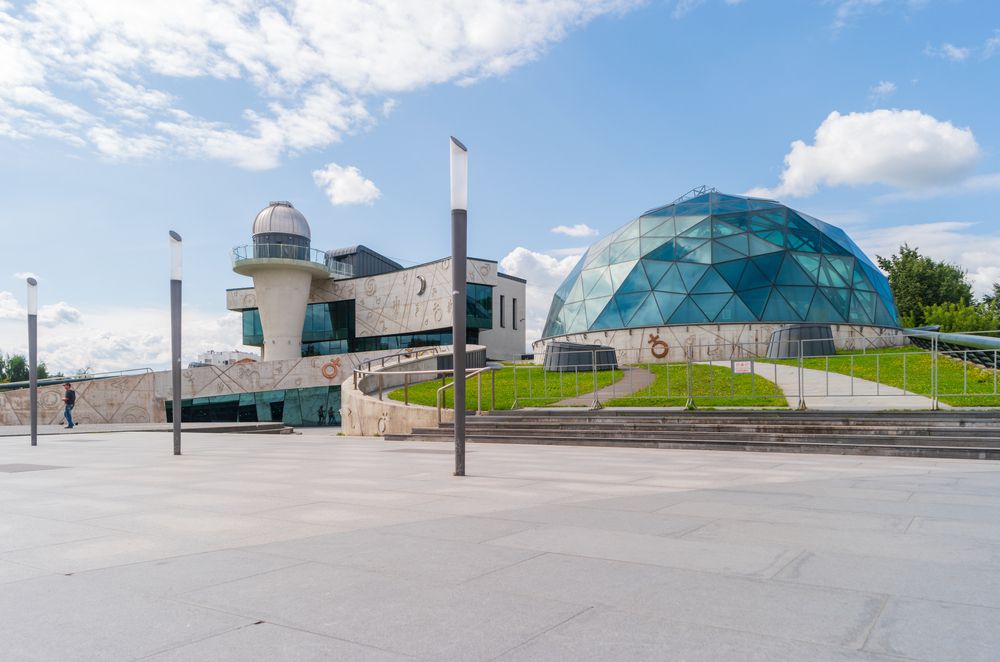 Planetarium was first opened in 1948 in the building of the Church of the Holy Virgin of the Kazan Nunnery. But along with the collapse of the Soviet Union the building was given back to the clergy.

A new modern institution with an observatory and an exhibition was restored for the anniversary of Yaroslavl. It was named after the first woman who went into space, because Valentina Vladimirovna was born in Yaroslavl region. 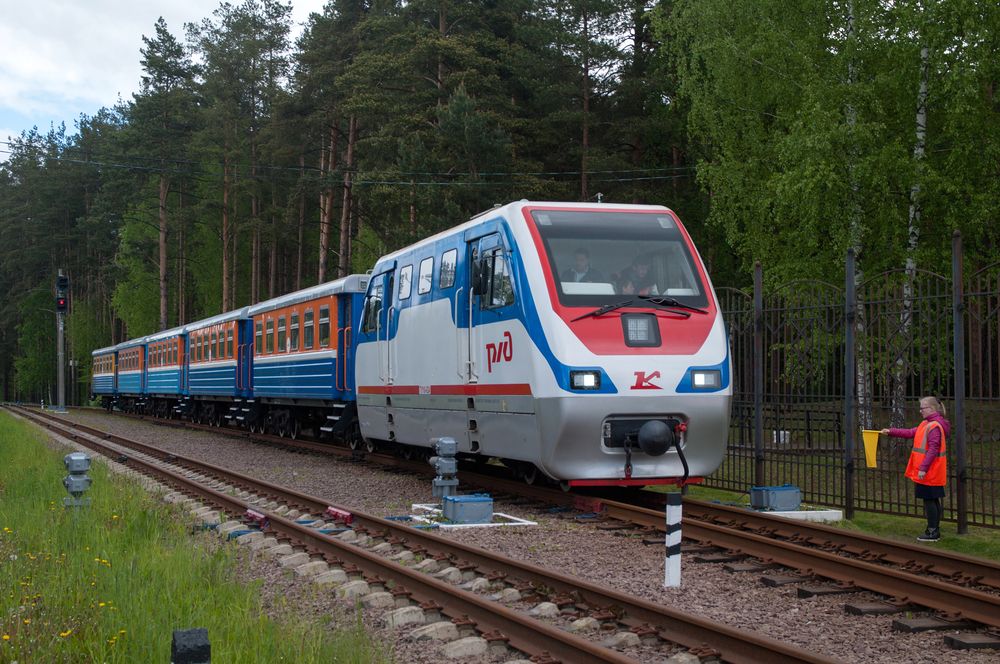 If you have time and energy left, then you can visit the children's railroad, where almost all the "adult" duties are assumed by children.

It was built in 1946 and ran along the left bank of the Volga. But after a few years, due to the creation of the Gorki Reservoir, the railroad tracks were moved to Yakovlevsky Bor.

Today the railroad has two stations, depot and three intermediate stations. All young train lovers from the age of 10 have an opportunity to try operating a train, become a conductor, a dispatcher or even a head of a railway station.

The railway complex for children operates in the warm season (opening in May and the end of the season in September).

And in 2011, the Museum of Extraordinary Journeys was included in the children's complex, where you can learn about the history of railway vehicles.